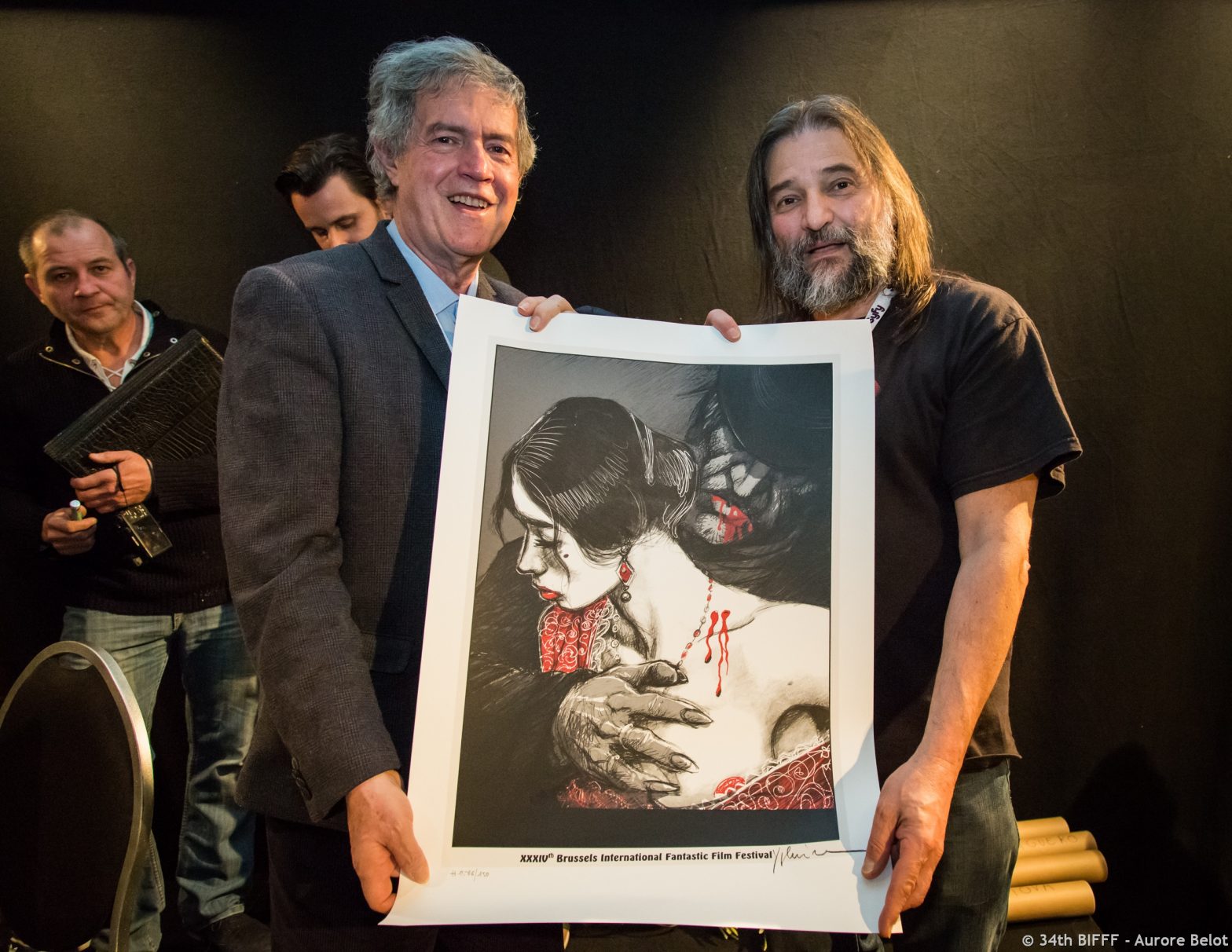 Luigi Cozzi, a lifelong friend of Dario Argento, started his career co-writing Four Flies on Grey Velvet (1971). Four years later he partnered up with Umberto Lenzi to direct his first giallo: The Killer must kill again starring George Hilton. And then, in 1978, he started directing a series of cult films under his alias Lewis Coates: Starcrash starring Caroline Munro, Christopher Plummer and Joe “Maniac” Spinnel, Contamination (1980) and Hercules starring Lou Ferrigno who gave up his ‘Hulky’ green lotion for a beard (he had to seduce Sybil Danning somehow, right?). Having worked closely with Klaus Kinski and Donald Pleasance (Vampire in Venice), Luigi Cozzi never forgot his old pal Argento, as he lent him a hand with the special effects of “Phenomena” and worked as his assistant director for Two Evil Eyes (co-directed with George A. Romero) and on The Stendhall Syndrome.