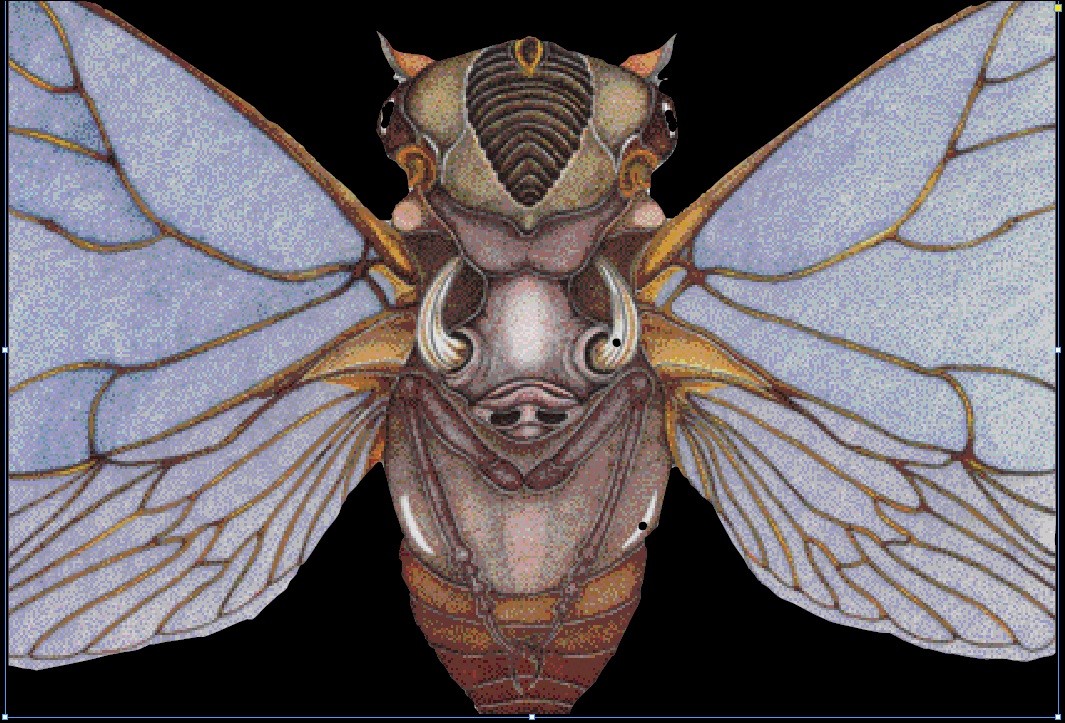 This internationally renowned artist can present a n impressive résumé. But that’s not the point. The evolution of an artist can be traced by his work. Behind every journey, there’s a story and in this case it starts with : “Once upon a time a little boy became intrigued by the magic world of insects and frogs”. Later encounters and voyages helped to forge his art. Marc has managed to preserve his childhood emotions and his creativity. He presents his fantastic works, using imaginative methods. Instinctively, he has appropriated and transformed a part of Lewis Caroll’s magical world. At an intersection, Alice asks the cat : “Which way do I have to go?”. The cat replies “Where do you want to go?”. Alice answers : “I don’t know”, whereupon the cat concludes : “Go wherever you want to.” The metaphor stimulates the imagination of the right half of the brain, which represents childhood, creativity and the dream. This in opposition to the logically-deductive and mathematical left side of the brain. Geniuses use both.