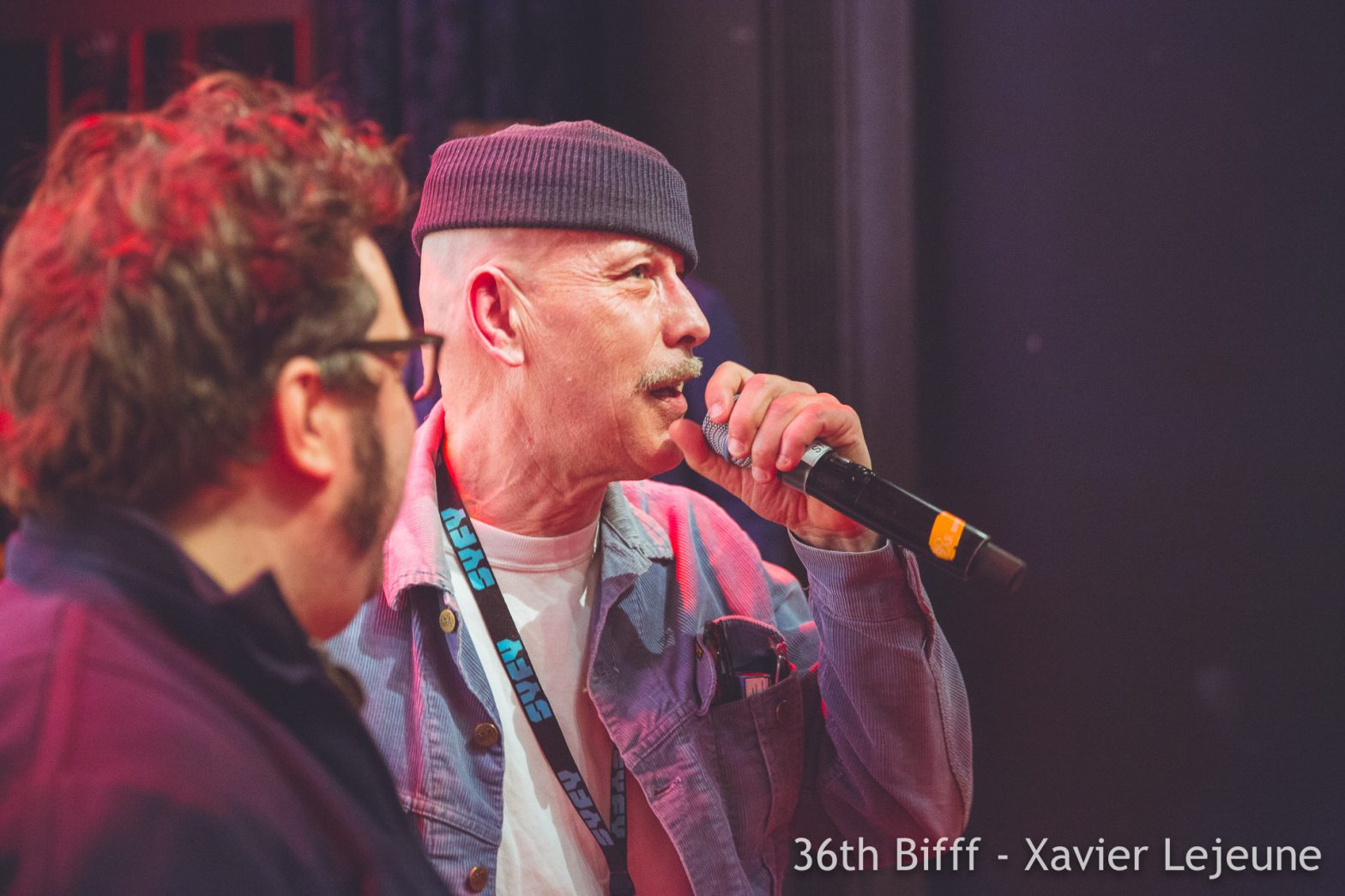 Marco Laguna, that’s the singer of 80ties cult band La Muerte, that’s Mario Bava, Jesse Franco, dark movies and fast cars all at once, that’s the director of shorts such as Nicky the Stripper or Nitro Nickey, inspired by Roger Corman’s filming methods, that’s also the producer of Dragstrip 69, Dago Cassandra and Bonneville Burst as well as many video clips and a few documentaries for Canal +. But at the BIFFF, the man with many faces is the director of Doubleplusungood, his first feature starring Wild Dee, Delfine Bafort and Bouli Lanners!