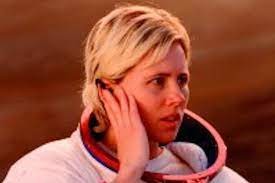 With the first film she realised, the independent short feature My Gun, actress Maria Lidon (Paris- Timbuctu) aka Luna became the youngest director in Spain. She took the plunge without any previous training in film techniques. After this very instructive experience, since she assumed everything from directing to editing and production, she moved on to Stranded, a large-scale science-fiction project with international stars like Vincent Gallo, Joaquim de Almeida and Maria de Medeiros. She’s already at work on her next film, the historical drama Guerrero : The Adventure. But she’s here, of course, to introduce us to Stranded.