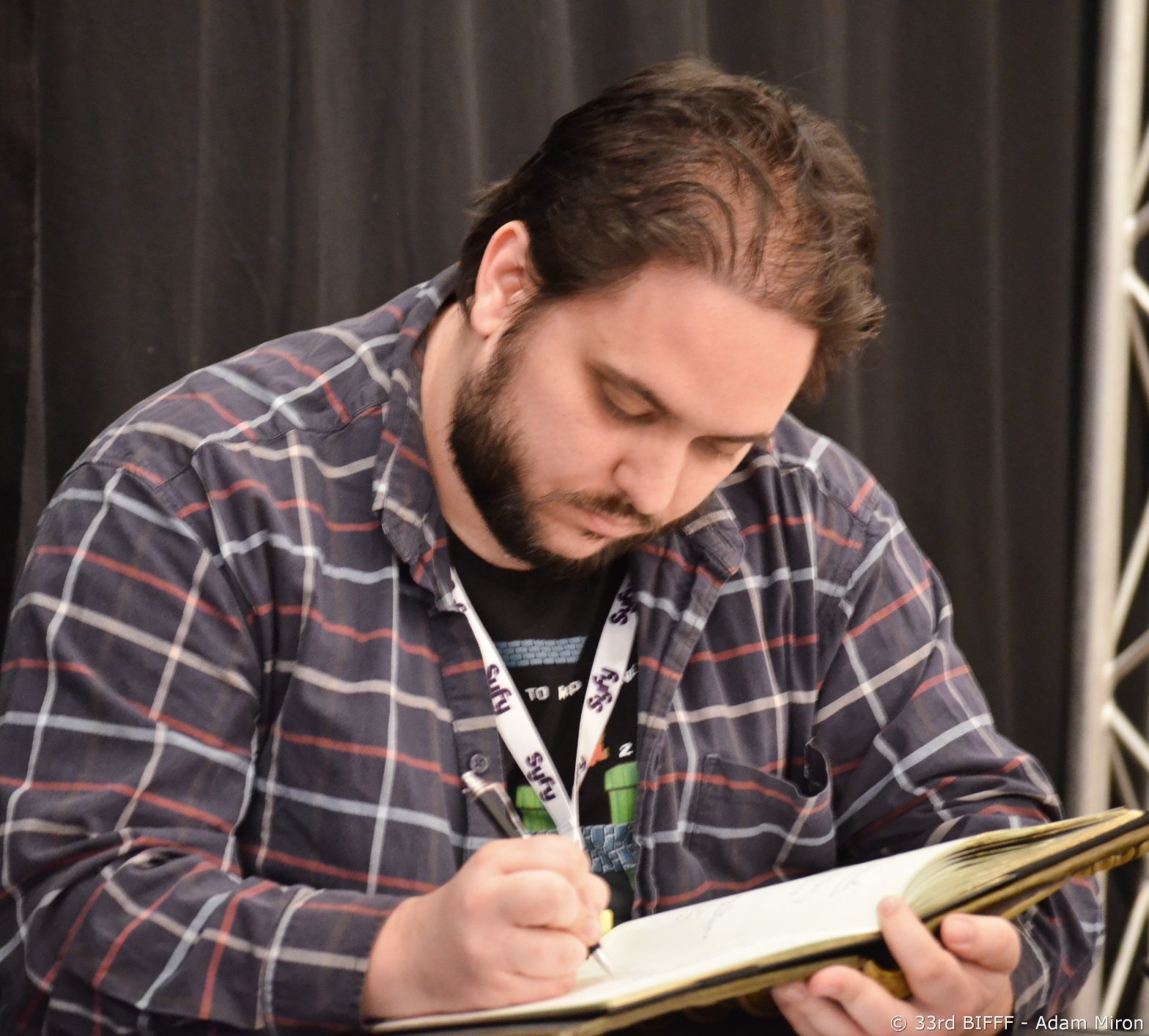 Matthieu Reynaert (Brussels, 1984°), studies direction at the Louvain-la-Neuve based Institut des Arts de Diffusion. He then chooses to become a scriptwriter. Reynaert obtains a Master in film script and analysis at the University of Brussels. The first short feature written by this fantasy and science-fiction loving movie buff, “Juste l’Embrasser” (directed by door Samuel Henry), is awarded with the Special Prize of the Jury at the BIFFF 2007. In 2012 “Our Children” (Official selection at the Cannes Film Festival, Magritte for Best Feature) is released, co-written with director Joachim Lafosse. The duo is preparing a new long feature and a theatre play foreseen for 2016. Reynaert is also a very active script doctor. He has collaborated on some 20 long and short features in Belgium, Switzerland, Québec and Tunisia. His latest script, “Les Survivants”, is being adapted now by director Luc Jabon. He worked as a film critic from 2003 till 2008 for Cinergie.be and from 2008 till 2011 for Vif/L’Express. Matthieu Reynaert is also an occasional contributor to ActionCut.be.