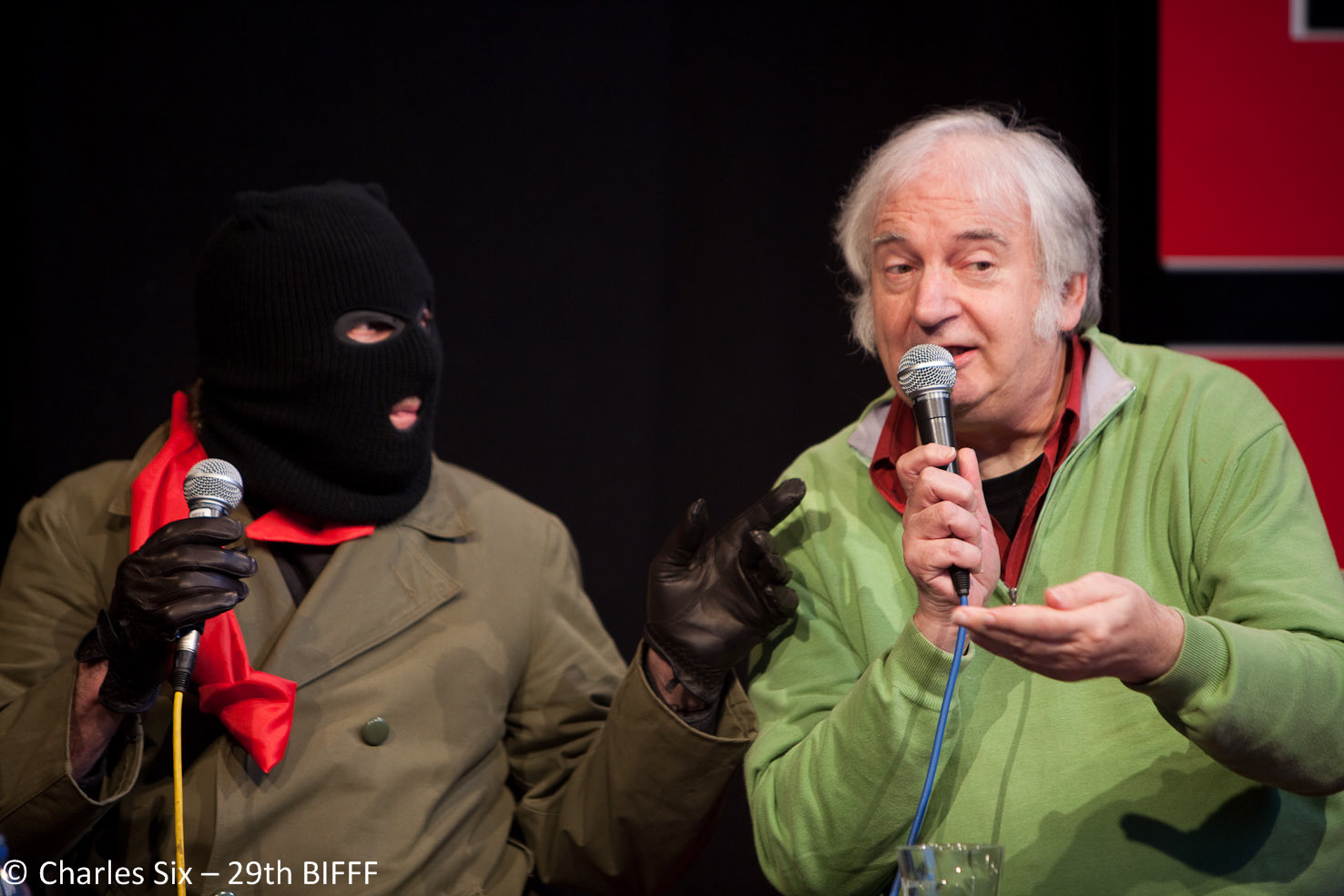 Since 1966, Noël Godin has been the enfant terrible of Belgian film critism : he has worked for Actuel, Amis du Cinéma et de la TV, Ciné Revue, Visions, Grand Angle, La Wallonie, L’Instant, Le Matin, Planet Internet… As a director, his trilogy Prout Prout Tralala, Grève et Pets et Si j’avais Dix Trous de Cul shows us a coherent approach, a strong analytic capacity and a rare artistic pugnacity. As an actor, he entrusted his talents – Godin is blessed with the profil of Richard Gere and the eloquence of Gérard Philippe – to the most renowned authors of the kingdom: Jan Bucquoy, Manuel Gomez, Jean-Jacques Rousseau. With this international fame, Godin is always looking for ways to promote the local trade: during his meetings with the rulers of the world he never hesitates to offer them a piece of pie from his quarter.