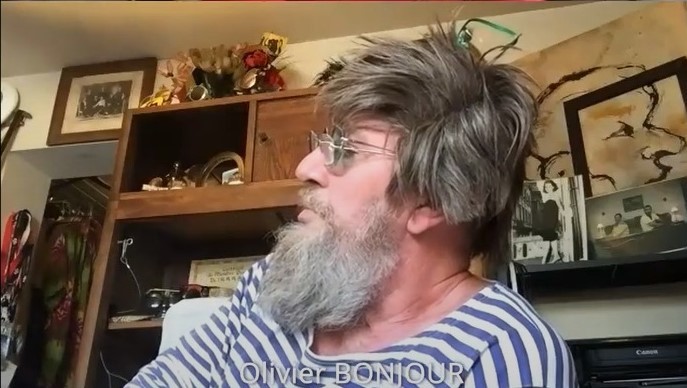 Born in Brussels, he started his artistic career in 1982 at the age of 20. In 1984 he co-created the Ligue d’Improvisation, where he stayed for 9 seasons. Olivier Bonjour was also part of the Magic Land Theatre for 5 years, which included the inevitable (and no less memorable) performances at the BIFFF! As a theater actor, he has performed in more than 1500 cultural and commercial events of all kinds. He has also been part of the duo Les Frères Taquins for 30 years, which represents more than 5,000 public shows in more than 40 countries to date. He also acts in movies, of course. His unique, cheeky humor has recently been seen in Terrible Jungle, Hutsulka Ksénia, Le Calendrier, En passant Pécho, and in series such as Zone Blanche, Ennemi Public, Unité 42, and Baraki.