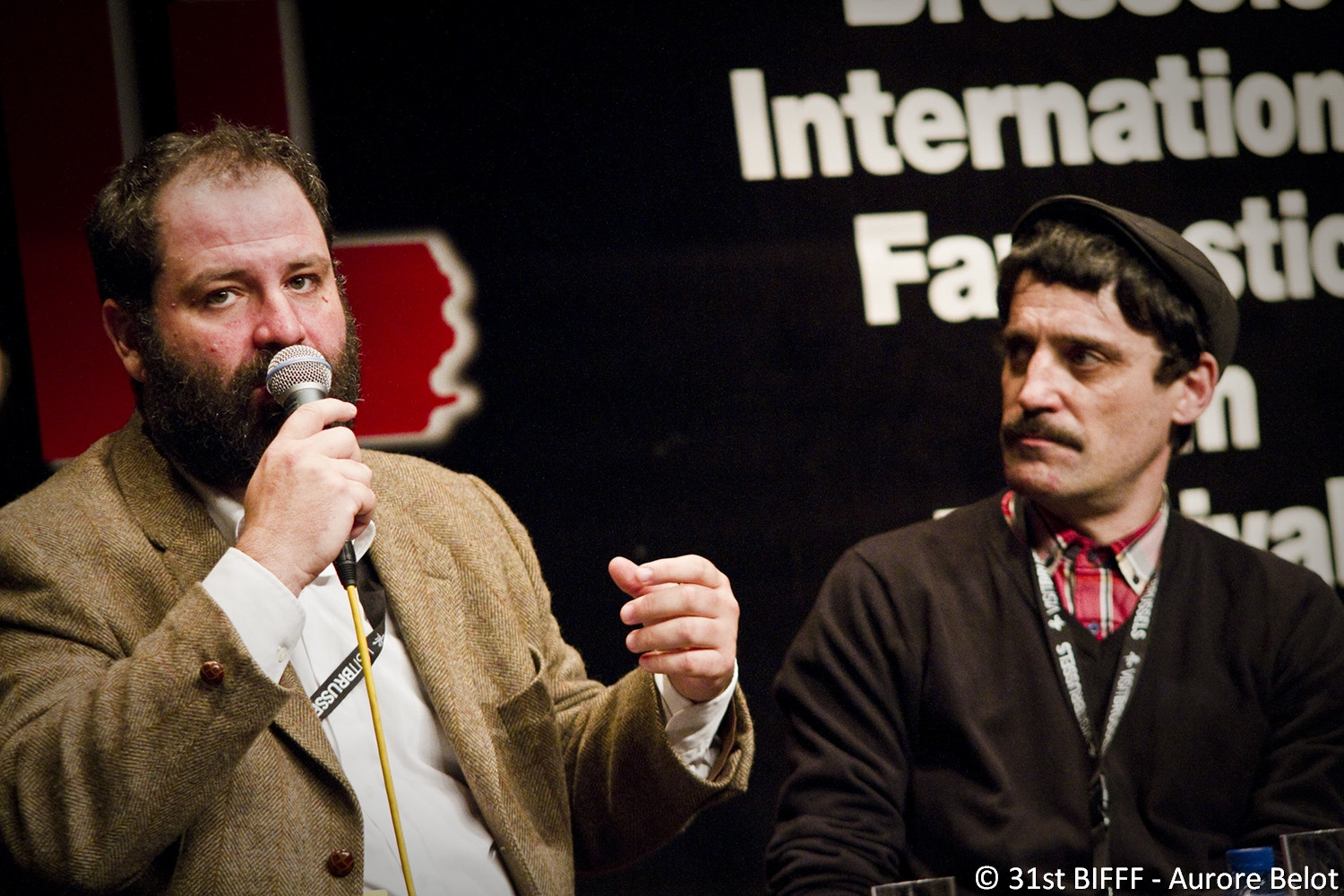 Oscar Aibar started his career as a comic-strip artist and honed his filmmaking skills by directing TV-series, video clips and publicity spots. His first long feature, Atolladero ( 1995 ), was straight on the mark ; a delicious mix of spaghetti western and postapocalyptic sci-fi, starring Iggy Pop as a bloodthirsty assassin. The director of Platillos volantes ( 2003 ) and El Gran Vazquez ( 2010 ) comes to the BIFFF with a very peculiar feature that manages to mix science-fiction with the Spanish Civil War no less !