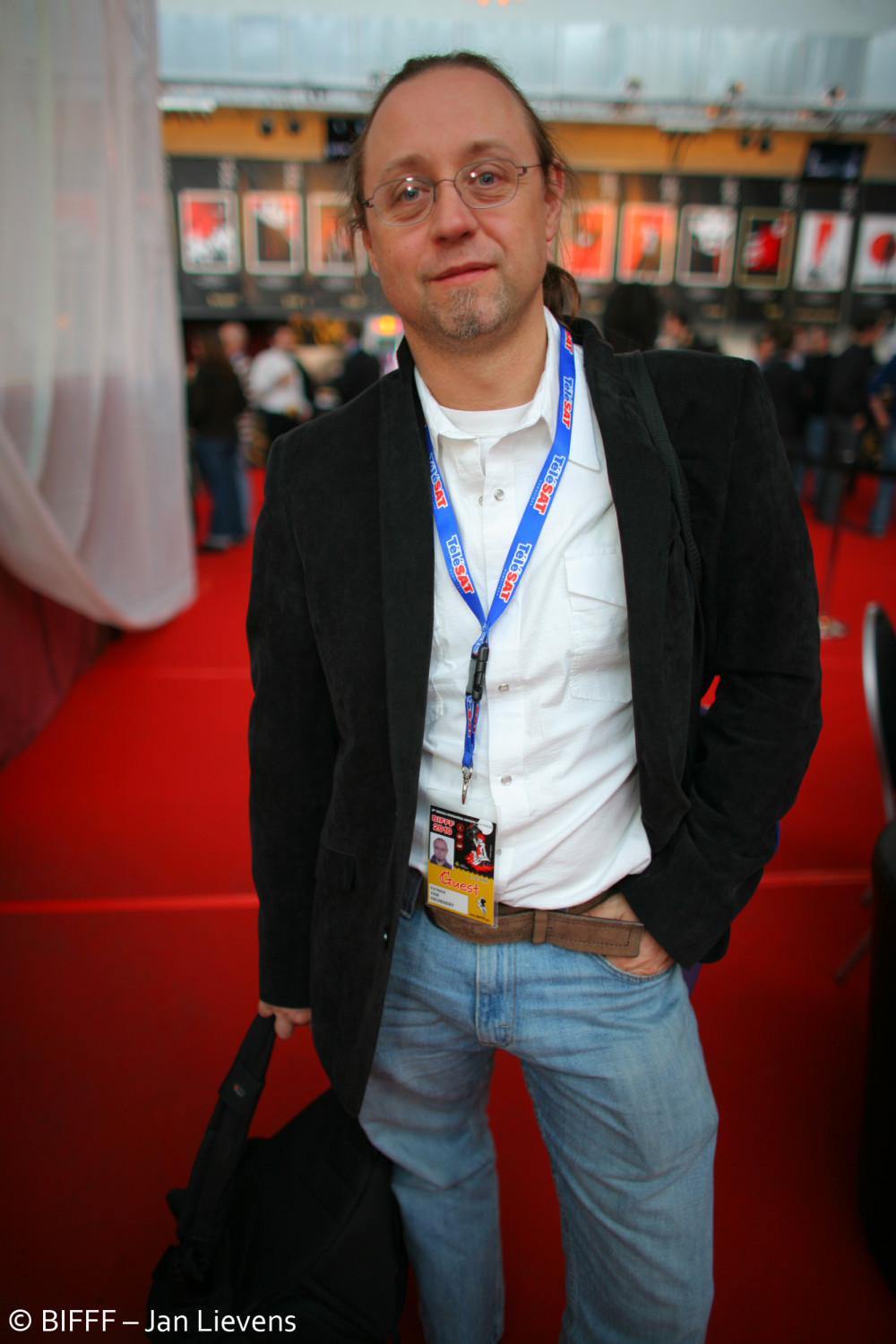 Patrick Van Hauwaert was born in 1969. Since he was young he was fascinated by strange films. He divides his time as a manager of his own company, as a freelance journalist and with visiting film festivals. In 2000 he founded razorreel. be because the need for more cult and fantastic film in West-Flanders became too big. Since 2008 he is also program director at the Bruges Razor Reel Fantastic Film Festival. Van Hauwaert writes for Asian Cult Cinema and he reviews rockabilly music for billybop.be