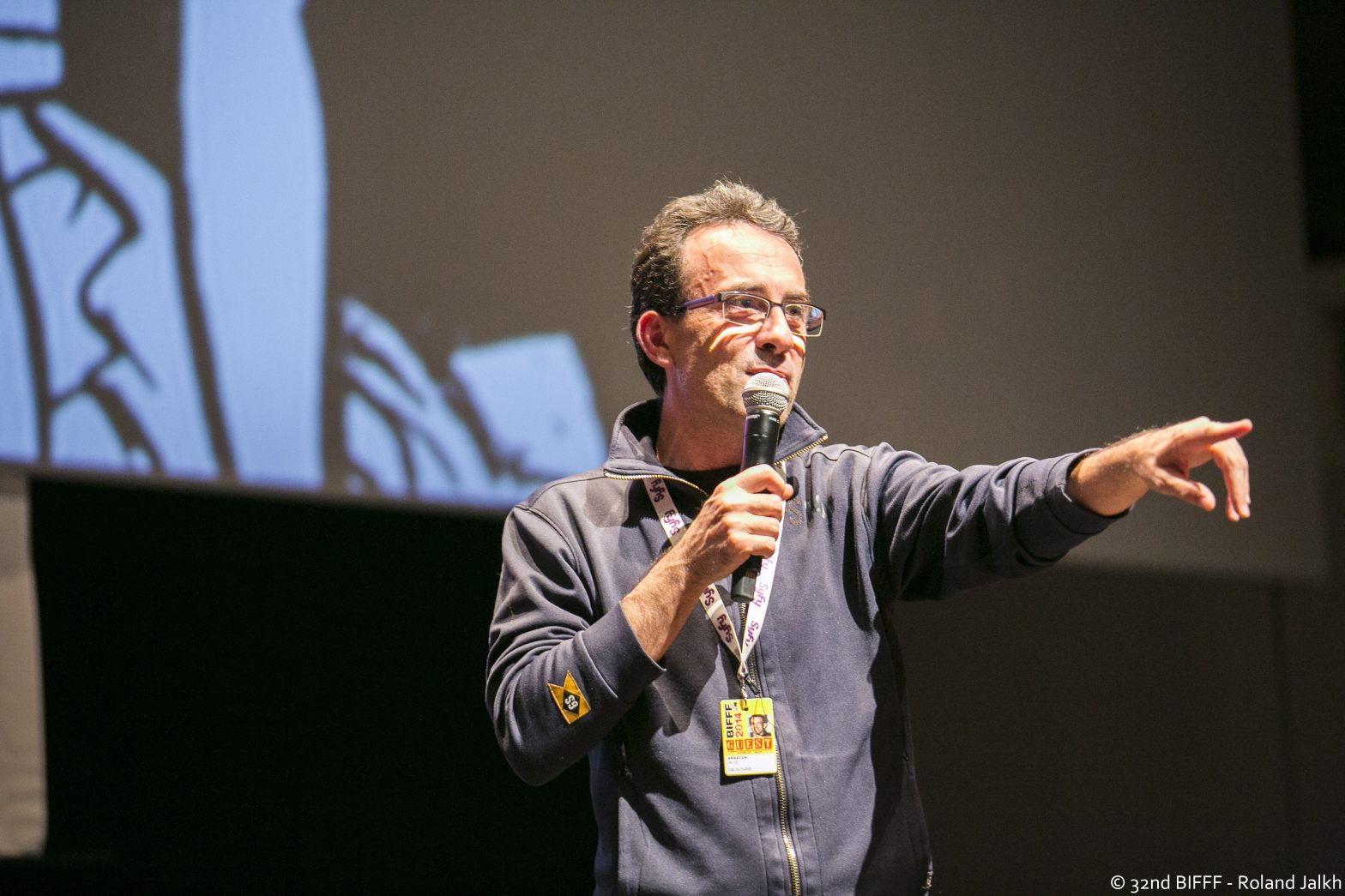 “Graduated in Journalism from the University of Navarra and in Screenwriting for Film and Television from the University of California, Los Angeles ( UCLA ). He is screenwriter of such films as “BRUC”, “TRASTORNO” and “EL VIAJE DE ARIÄN.” Director and writer of films as “25 KILATES” ( starring Aida Folch and Francesc Garrido ) and “SÉPTIMO” ( starring Ricardo Darin and Belen Rueda ). He has also written the play “19 :30” ( starring Fernando Cayo, Adolfo Fernández and Antonio Molero ) premiered at the Teatro Arriaga in Bilbao.”