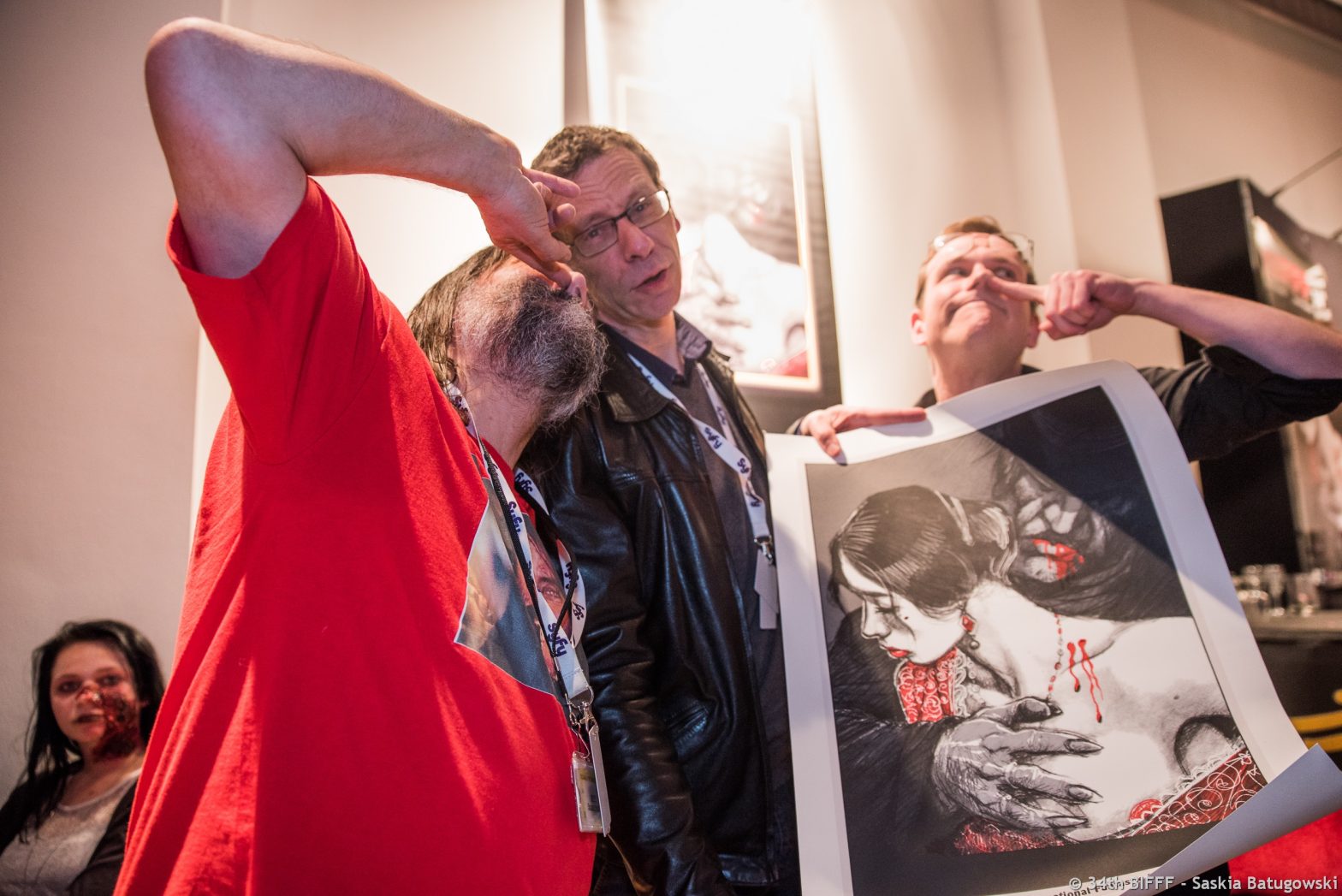 Pierre Beaudot is a pop culture fanatic for as long as he can remember. This man from Anderlecht is passionate about music, football and cinema. 1977 was definitely the year of revelations: The Ramones and the Sex Pistols, Star Wars: Episode IV and 1941’s Dr Jekill and Mr Hyde, which he watched on TV. After his studies in Journalism and Communication at the ULB, he started working for some radio stations and newspapers after finally becoming editor in chief of teen magazine 7Extra in 2000. Since 2006 he’s been working for the regional TV-channel Télé Bruxelles (now BX1). He’s head of the musical shows Undeuxtroisquatre and FSTVL and also edits and presents the BIFFF Special since the 30th edition of the festival. He’s a member of the Belgian Cinematographic Press Union (UPCB).