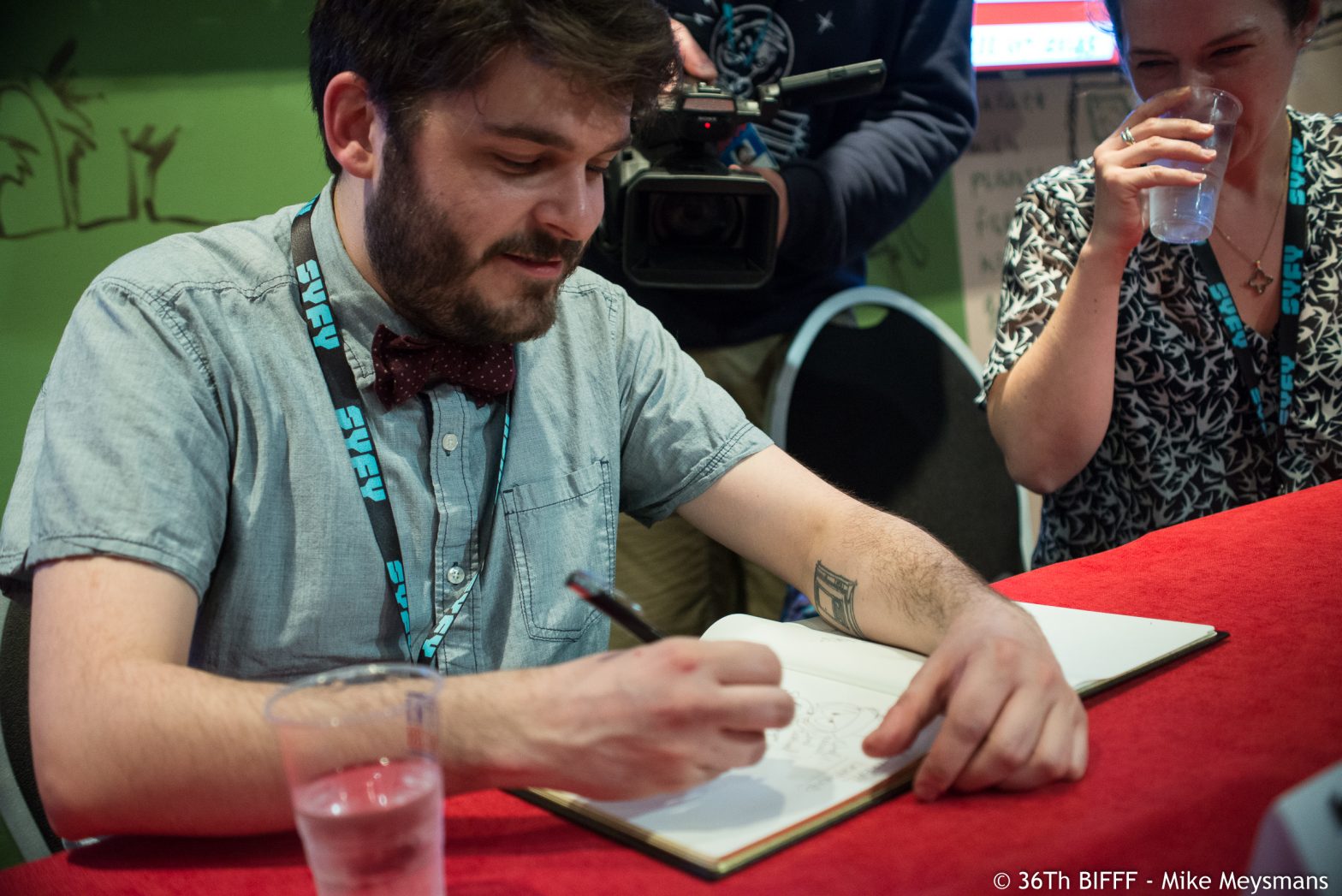 Remi Frechette studied film production at Concordia University before tackling his first major project: Les Jaunes. This web series, which he co-wrote and directed, will become his first feature and will visit many a film festival, including the BIFFF in 2015. His second web series, L’Étrange Province, wins the Numix Award in the category Humor and Variety in 2016. He is currently working on two feature film projects, is co-host of the cinema podcast Point de vues and is one of the programmers of the Montreal Fantasia Film Festival. You can see many of his short films and his two web series on his website camera-chaos.com.