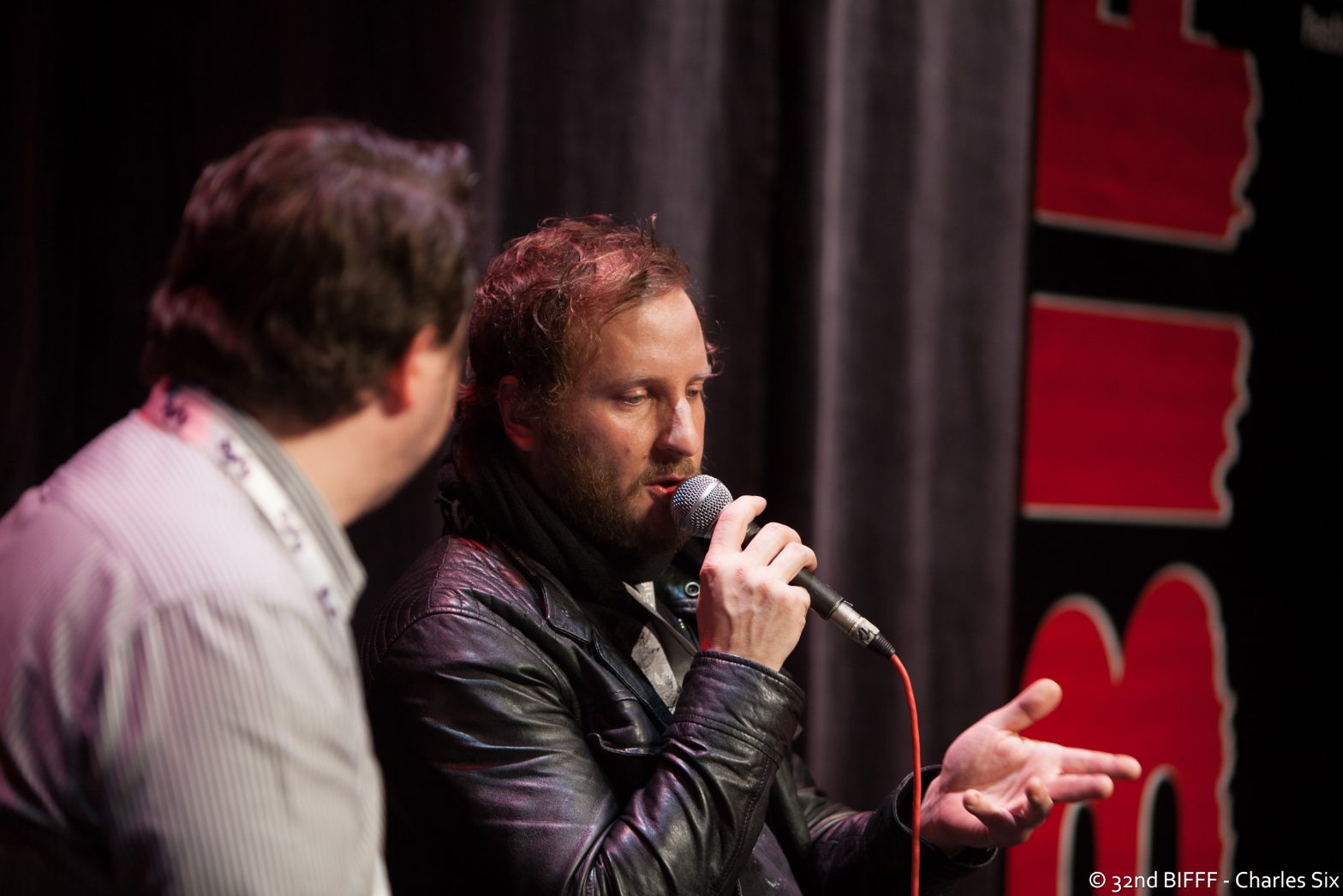 French-Canadian Renaud Gauthier was raised on a diet of TV series such as The Price is Right, CHiPs, Bionic Woman, The Streets of San Francisco, The Incredible Hulk, Miami Vice or Saturday Night Live. As a very young rocker, he shook hands with Mötley Crüe in July 1984 and was perplexed by their cadaverous appearance. He has read everything Stephen King ever wrote and worships Alfred Hitchcock. Gauthier decided to become a filmmaker after watching Martin Scorsese’s Goodfellas in 1990, high on caffeine. This true “Renaissance Man”, writes, directs, produces, composes and stars in all of his productions. He currently works in the television industry and will come with his first long feature, Discopath, to the BIFFF 2014. ( FRONTIERES )