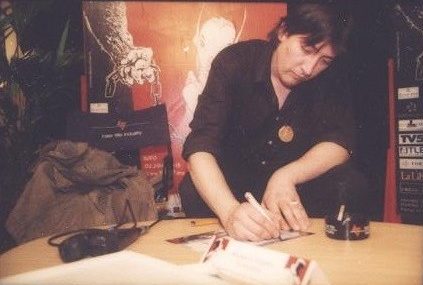 Richard Stanley, just like his great-grandfather, is a true globe-trotter, following his anthropologist mother as a kid. Exploring the globe had a big impact on his career. When he came back from Soviet occupied Afghanistan in 1990, he started working on his first movie: Hardware, a cyberpunk dystopia that won him a silver raven at the BIFFF. Two years later, he finishes Dust Devil in Namibia, but the final cut will be butchered by Miramax. And that was just an appetizer for what would happen to his next movie. The Island of Dr Moreau suffered from ego fights of Marlon Brando and Val Kilmer, the producers wanted him to quit, the set got destroyed … The movie that he wanted to make never saw the light. But, just like Jodorowsky’s Dune, it led to a brilliant documentary. Lost Soul : the Doomed Journey of Richard Stanley’s Island of dr Moreau, will be shown at the festival in the presence of Richard Stanley.