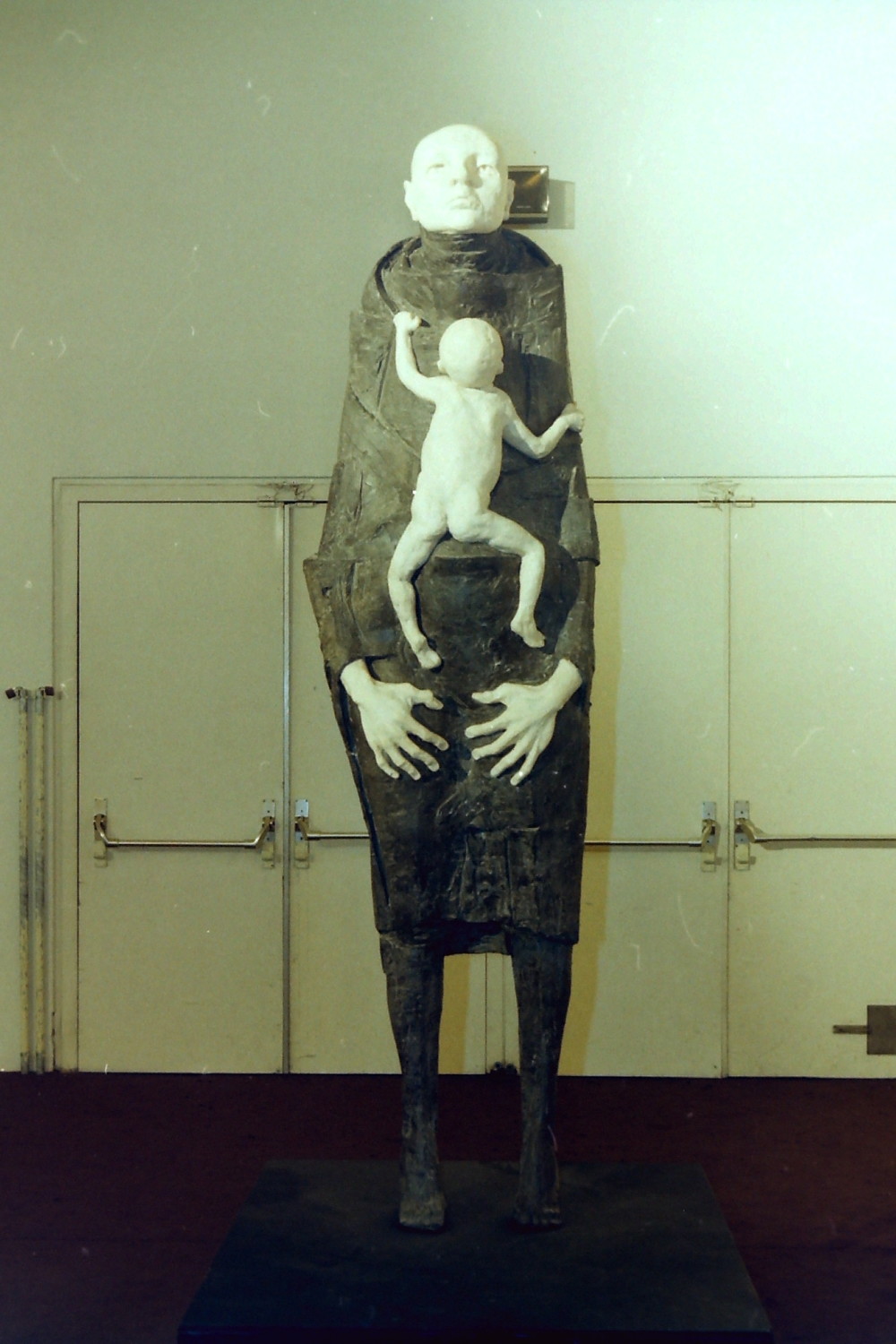 ROBERTO OLLIVERO Born in 1949, this Italian has been living and working in Belgium since 1960. He made his first important works from 1979. His last pieces are: “Art Foot” (1986), Tubize, an eight-metre Platini, a goalkeeper and his goal, a scream; at the Hall des Foires in Courtrai: five monumental sculptures through a glass roof. “Des Images pour le dire” (1987) at the Vènerie cultural centre, a look on a revolution. “Articulture 2”, in the avenue of Mariemont, a duel between two men for the beautiful Mauricette. “His own pleasure is to sculpt some synthetic foam blocks with a chainsaw. But he fears easy savagery and violence. He prefers tension that comes from muscles, from curves that tighten and stretch. After some work with his chainsaw, he sands it all to underline the quality of movement that he solidifies in stratifying before painting it to create new tensions between painted movement and sculpted movement. A rhythmic painting which revives the body movements, confronts directions, multiplies metaphors while marking the sculpted demonstrability. Because the narration did not stop with the sculpture, it resumed with greater intensity with colour.” – Alain de WASSEIGE WORKSHOP / Chemin Saint-Pierre 45 / 1400 Nivelles / Tel: (+32) 067214909