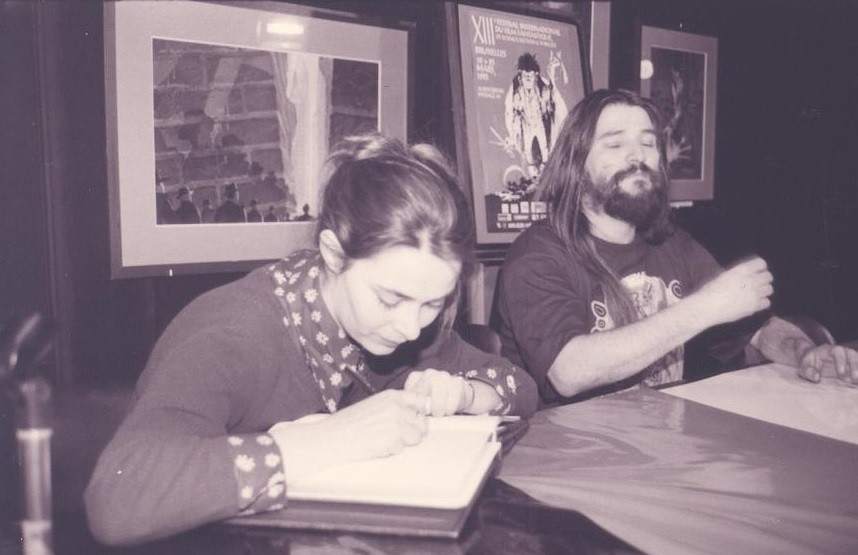 We first met Belgian actress Sabrina Leurquin in 1988 when she had to deal with a talking dog in Jerome Boivin’s Baxter. She then played, alongside Hyppolite Girardot, in Maroun Bagdadi’s Hors la vie (1991). In 1992 she gave a beautiful performance in Harry Cleven’s debut feature Abracadabra. She could also be admired in The sexual life of the Belgians by Jan Bucquoy, Marie by Marian Handwerker and Ma vie en rose by Alain Berliner. This year we get acquainted again with Sabrina Leurquin in Why get married the day the world ends.