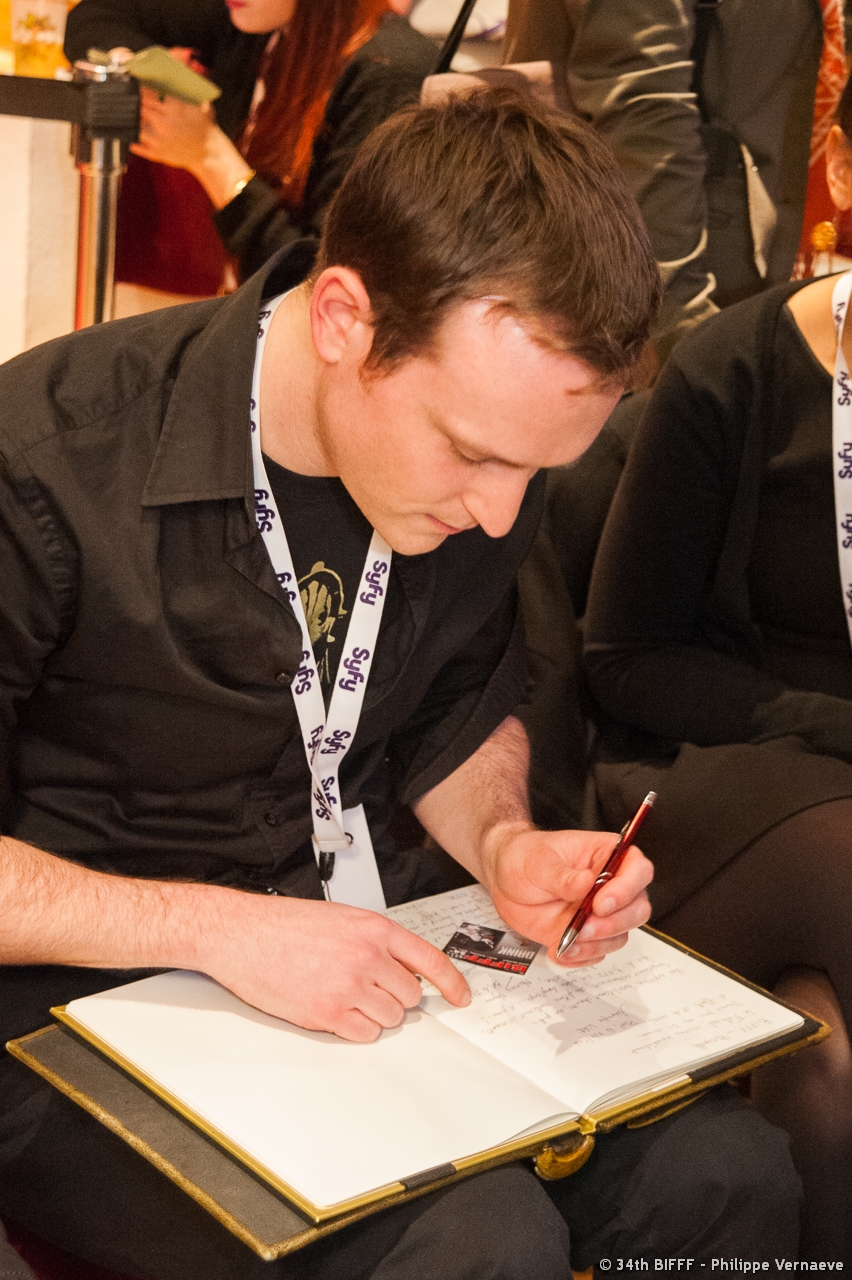 Sacha Feiner was born in Brussels in 1982. He graduated in graphic design from the academy of La Cambre in 2005 and began his cinematographic career with self-produced shorts and clips for the BIFFF in 2007, 2008 and 2009. He got known internationally in 2008 with his Gremlins Fan Film, which earned lots of praise from the special effects sector in the United States and from Joe Dante himself. In 2012 he directs Un Monde Meilleur, a short feature with Orwellian and winner of several international awards. Two years later, he adapts Philippe Foerster comic-strip Dernière Porte au Sud as an animated short. It won the Magritte 2016 for Best Animation Short.