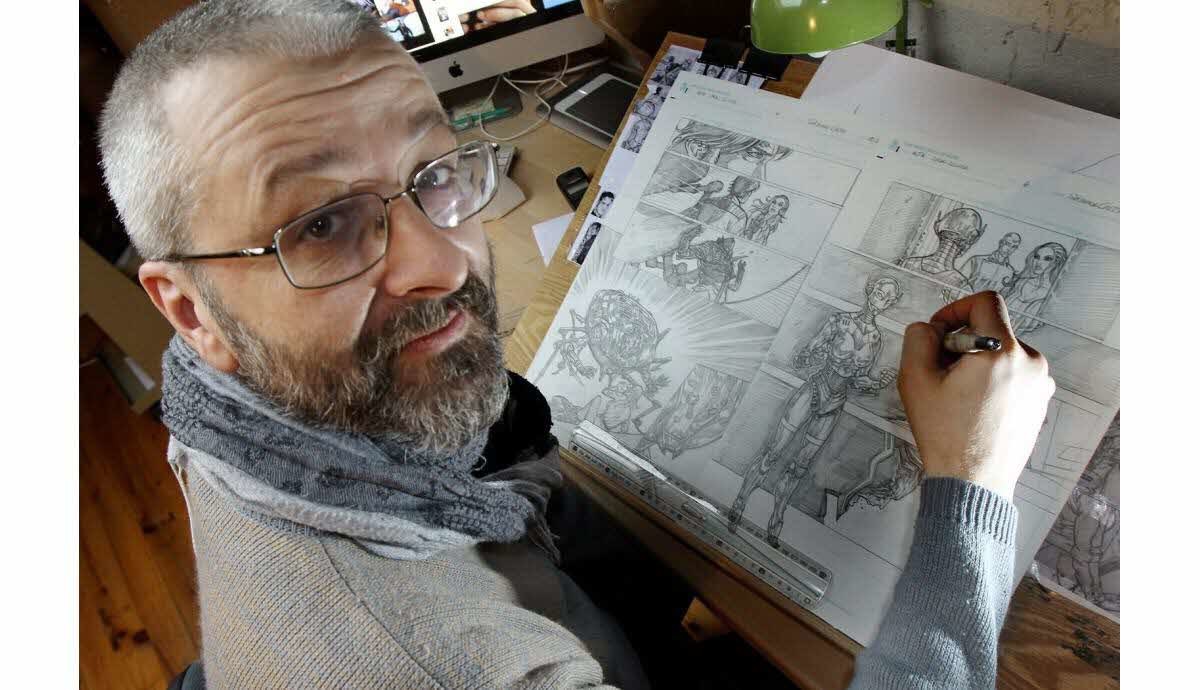 Self-taught Stéphane Créty has always nourished a secret passion for the comics. He worked as an archeologist, a storekeeper and even a sewer man, before he ended up in a cartoon department, where he learned the arts of story-boarding, lay-out and illustration. It’s with Salem la Noire at Delcourt ( with Sylvain and Sandrine Cordurié ) that he entered the comics world. Since then, he has drawn several series such as Hannibal Meriadec, Les Larmes d’Odin and Masqué.