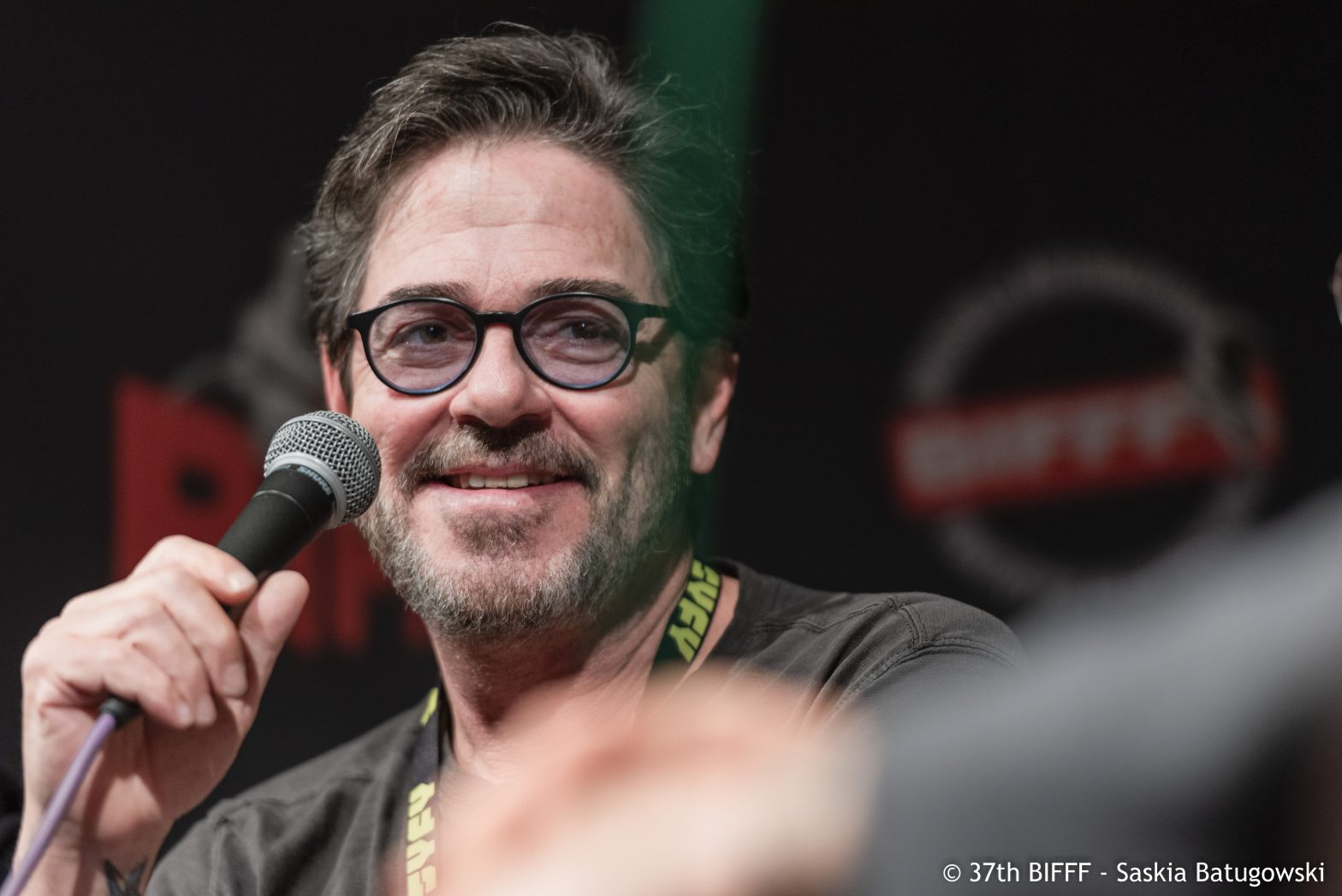 Texan through and through, Steve Johnson grew up with the Universal monsters and the Hammer films. An education that intense in front of the small screen cannot but have consequences, and Steve Johnson was quickly spotted by Rick Baker. His first real work? Joe Dante’s THE HOWLING. His artistic talents for old-fashioned special effects would quickly turn him into the genius behind future classics. Slimer in GHOSTBUSTERS, that’s his brainchild. The alien in ABYSS too. Sil, the creature in SPECIES, bingo, still done by el maestro Johnson! The problem though with a dude this talented, is that if we were to include his entire filmography, it would fill the entire BIFFF catalogue. But still, we’d be sorry if we didn’t mention some of his collaborations, for example with John Carpenter (BIG TROUBLE IN LITTLE CHINA), John Landis (INNOCENT BLOOD), Clive Barker (LORD OF ILLUSIONS), Steven Spielberg (WAR OF THE WORLDS), Guillermo del Toro (BLADE 2), Sam Raimi (SPIDERMAN 2), and M. Night Shyamalan (THE VILLAGE)!