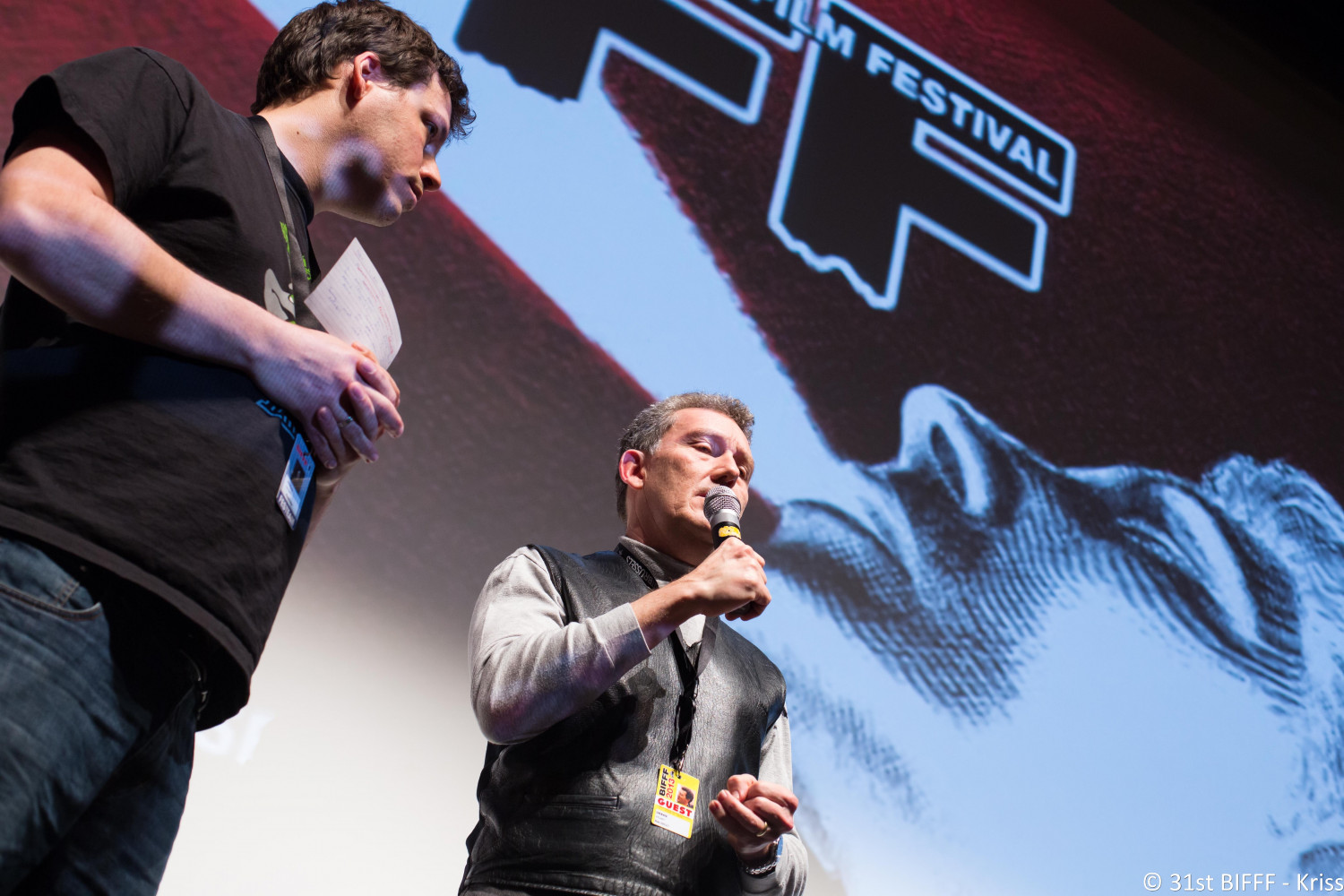 At the tender age of 13, Stuart Urban was the youngest director ever to participate at the Cannes Festival with a short feature : The virus Of War ( 1972 ). He went on to work for British television and won two BAFTA Awards for the tv-movie An Ungentlemanly Act ( 1992 ) and the tv-series Our Friends in the North ( 1996 ). He founded the production company Cyclops Vision, which produces most of his films, such as the cult comedy Preaching to the Perverted ( 1997 ) and the fantasy thriller Revelation ( 2001 ), which was presented at the BIFFF 2002.