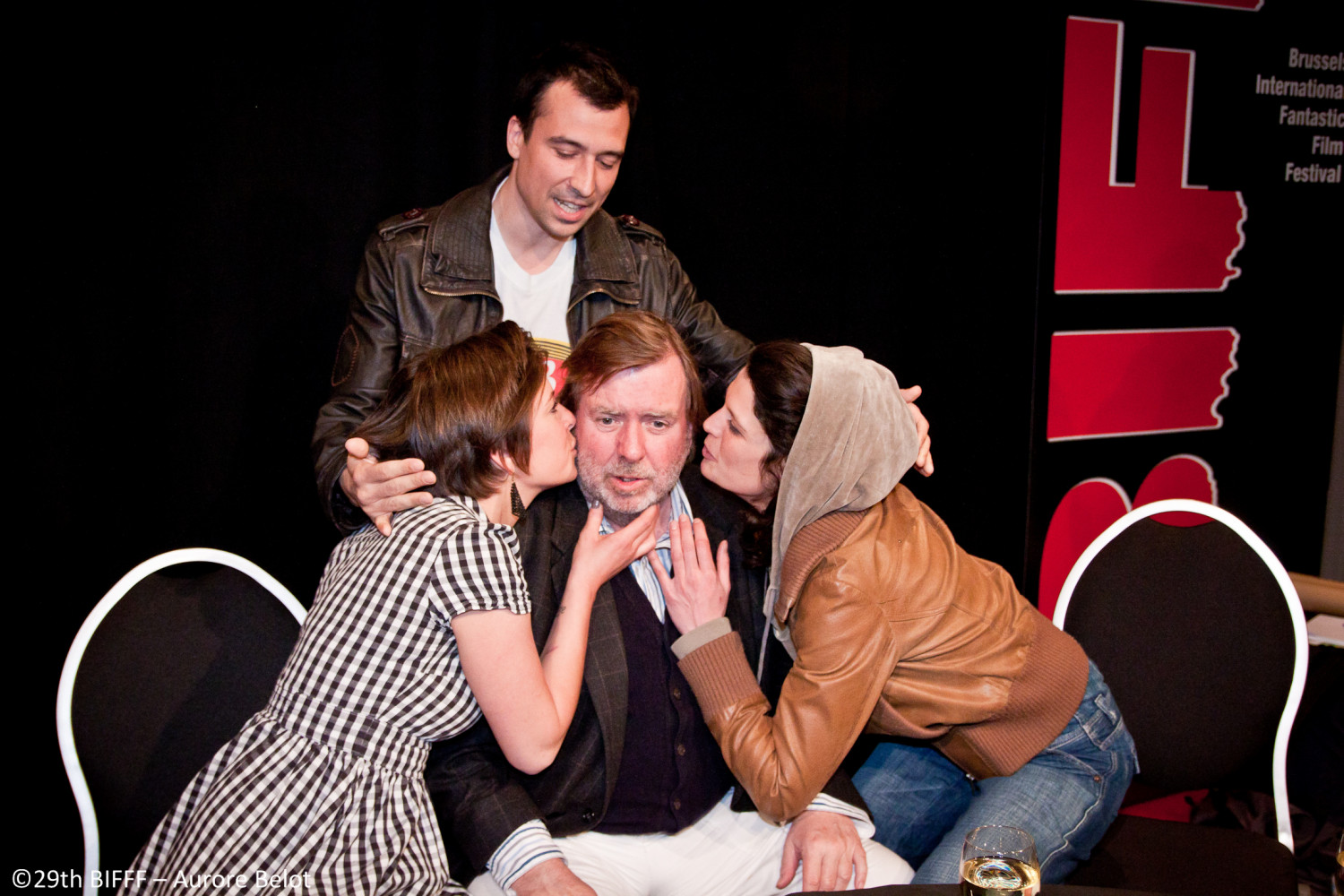 As a teenager, Timothy Spall developed a passion for the theatre. At the age of 21, he plays his first important part on stage and makes his film debut in The Life Story of Baal. The following year, he plays a projectionist in Quadrophenia. His meeting in 1982 with Mike Leigh proves to be a decisive encounter. The two work together on the TV movie Home Sweet Home, in which Spall plays the main character. Mike Leigh subsequently offers him the most memorable roles of his career in Life Is Sweet, Secrets and Lies and Topsy-Turvy. He starts multiplying parts with adaptations of literary classics such as Oliver Twist, the comedy Dutch Girls, the horror pic The Dream Demon and the drama Le Complot. He also appears in Clint Eastwood’s White Hunter, Black Heart, Bernardo Bertolucci’s The Sheltering Sky and Kenneth Branagh’s Hamlet. In 2000, he lends his voice to Nick the rat in Chicken Run and Patrice Chéreau uses his talent in Intimacy. The following year, he plays alongside Tom Cruise in Vanilla Sky, something he repeats in The Last Samurai ( 2003 ) You could see him in the Harry Potter films as Voldemort’s servant. More recent parts of this versatile actor are Tim Burton’s Sweeney Todd and Alice in Wonderland.