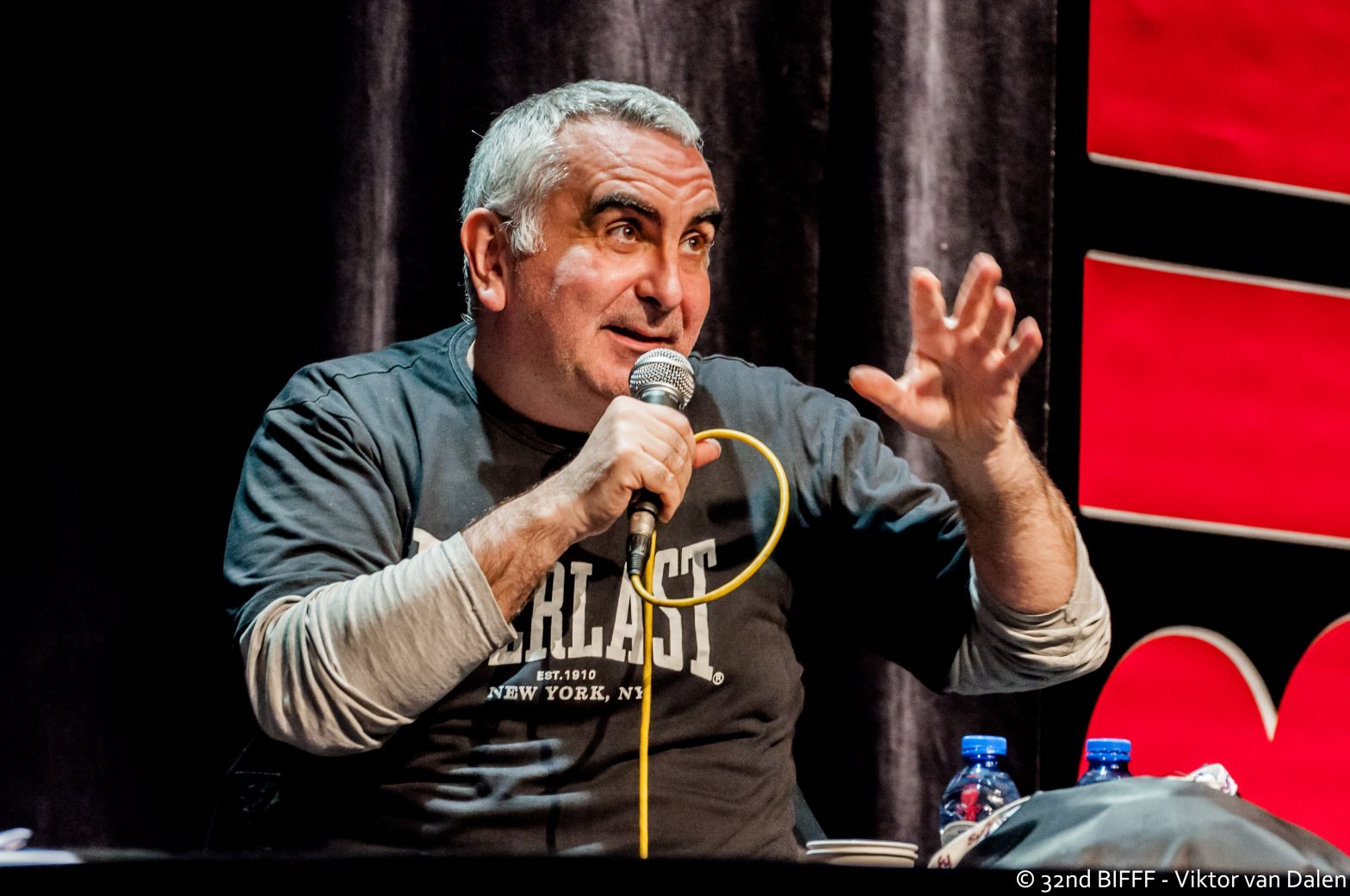 After dropping out of film school, Tonino Benacquista strings up some improbable jobs and occupations: night train ticket conductor, poster sticker, high society parasite and pizza delivery guy. These experiences feed his imagination and inspire his first crime fiction. Saga, published in 1997, is his first big bestseller. It’s only natural that, with his visual writing style, his books get adapted to television and cinema. Recognition comes when he starts to write original screenplays with his friend, Jacques Audiard. This results in a César for Best Screenplay for Read My Lips in 2002, and Césars for Best Film and Best Adaptation in 2006 for The Beat That My Heart Skipped. Recently another big cinema adaptation of one of his books got released: The Family ( Malavita ), directed by Luc Besson and starring Robert De Niro and Michelle Pfeiffer.