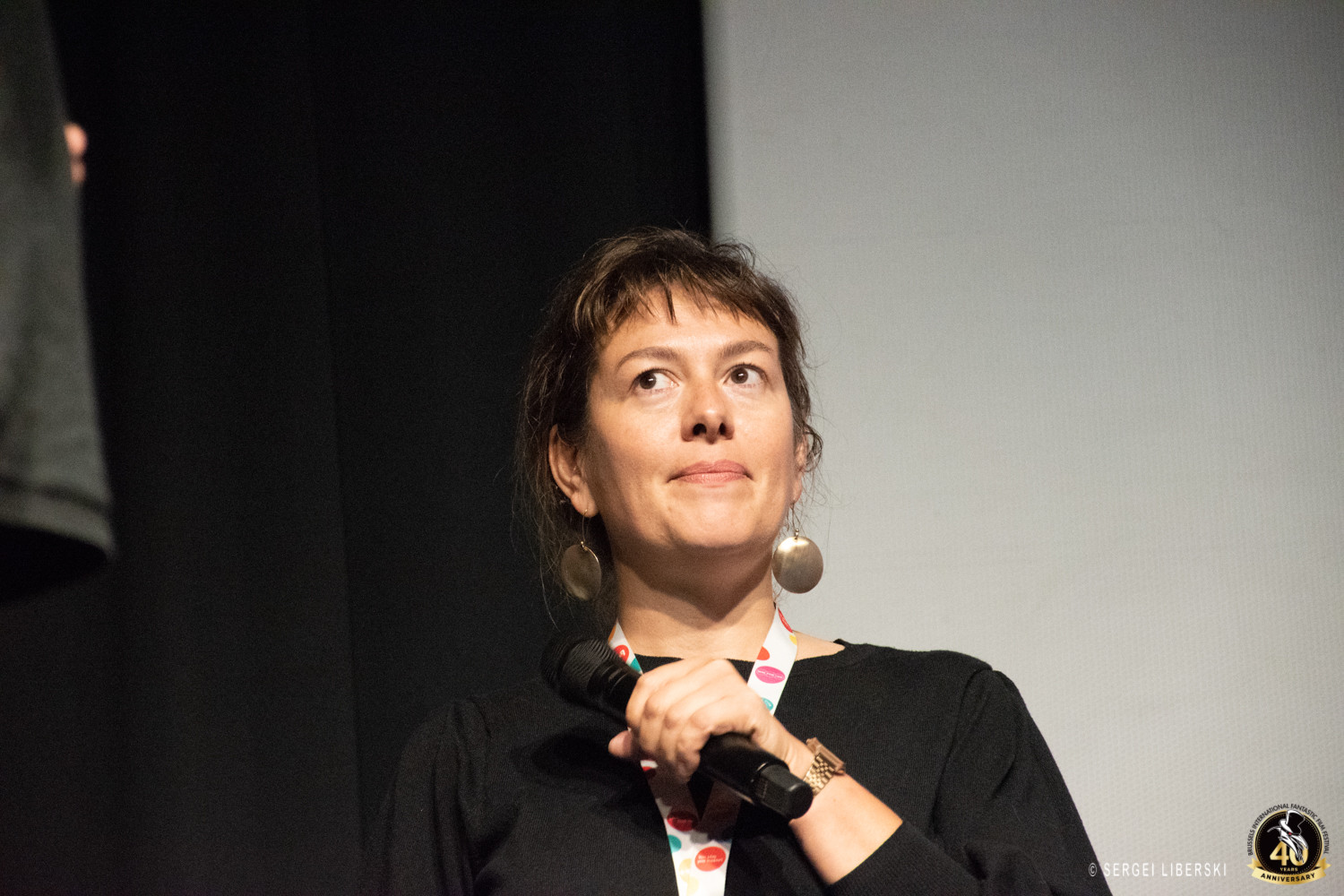 After she obtained a master’s degree in Languages and Literature, Véronique Jadin trained as an assistant director for Molinaro and Doillon, among others. Her first short film, EN FANFARE, was shown in over sixty festivals and received the Grand Jury Prize and the Best Actress Prize for Tsilla Chelton at the Brussels Short Film Festival, as well as the Prize for Best Short Film at the International Film Festival of Namur (FIFF). Two other shorts followed: COMME DES HÉROS and INGRID FAIT SON CINÉMA. Fascinated by comedy, she made a documentary about Tsilla Chelton, ON EST LOIN D’AVOIR FINI!, which received the Ann Huybens Foundation Award. Véronique was selected for Atelier Grand Nord (2017), Boostcamp (2018) and Groupe Ouest (2019). She is an active member of the collective Elles font des films. She also plays as a right back for female football club FC Churubamba. FILMO: L’EMPLOYÉE DU MOIS (2021)