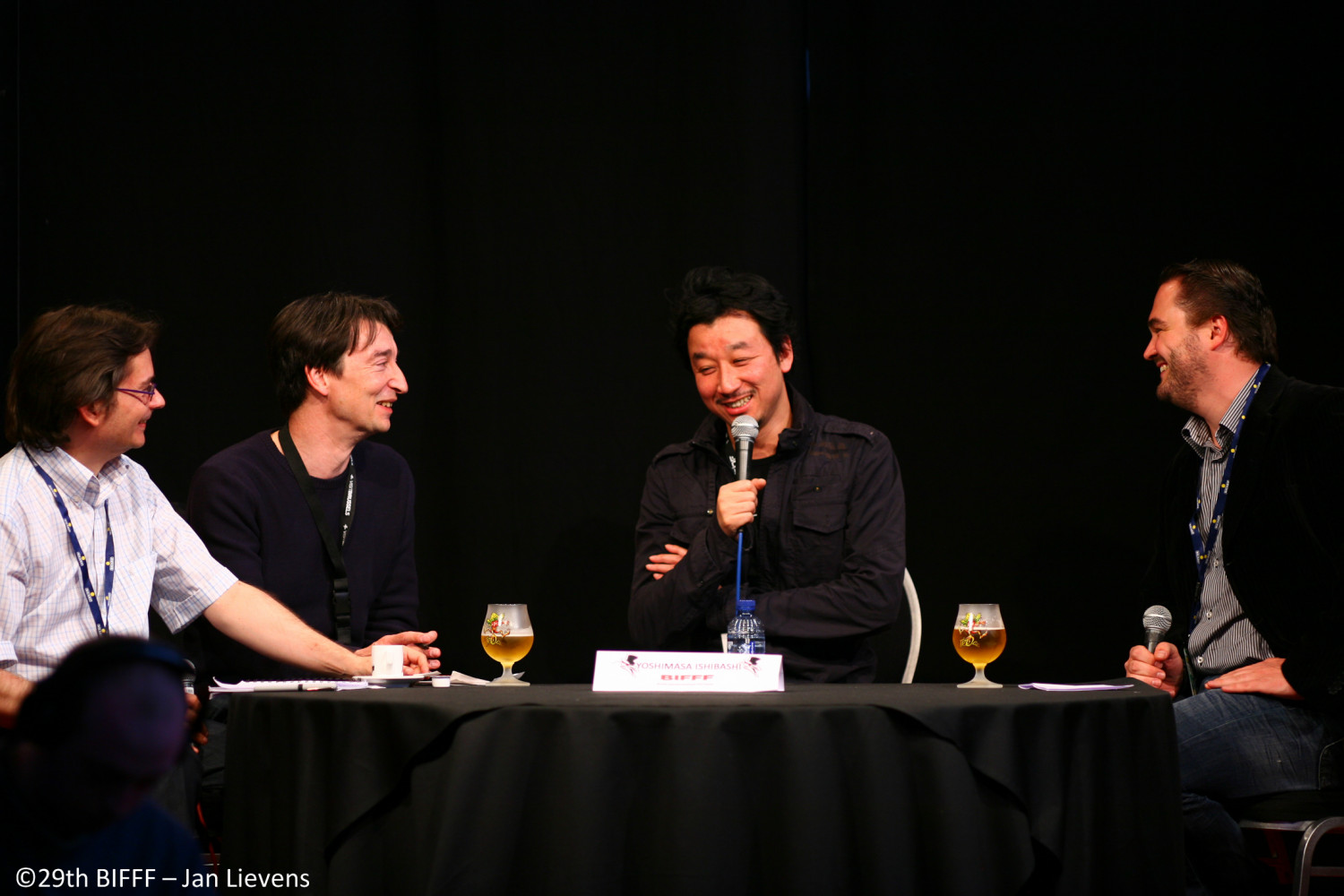 Yoshimasa Ishibashi (Kyoto, 1968°) is a graduate of the Kyoto Doda Art & Craft High School, where he studied Nihon Ga, a traditional form of Japanese painting. He also spent time at the London Royal College of Art, completed a Master in Fine Arts and obtained a degree from the Kyoto City University of Art. While working as a freelance commercial director and visual designer for computer games, he also starts a career as an independent film director. His much acclaimed 16mm black and white film Kurawasetaino earns him a cult following and international recognition. He also founds the Performance Art Unit Kyupi Kyupi, that has produced a series of videos and dvd’s and which recently performed at the Tate Modern in London, the Palais de Tokyo in Paris and the Spiral Gallery in Tokyo. Ishibashi also heads the independent production company Ishibashi Productions, which has produced a range of work for both television and cinema.