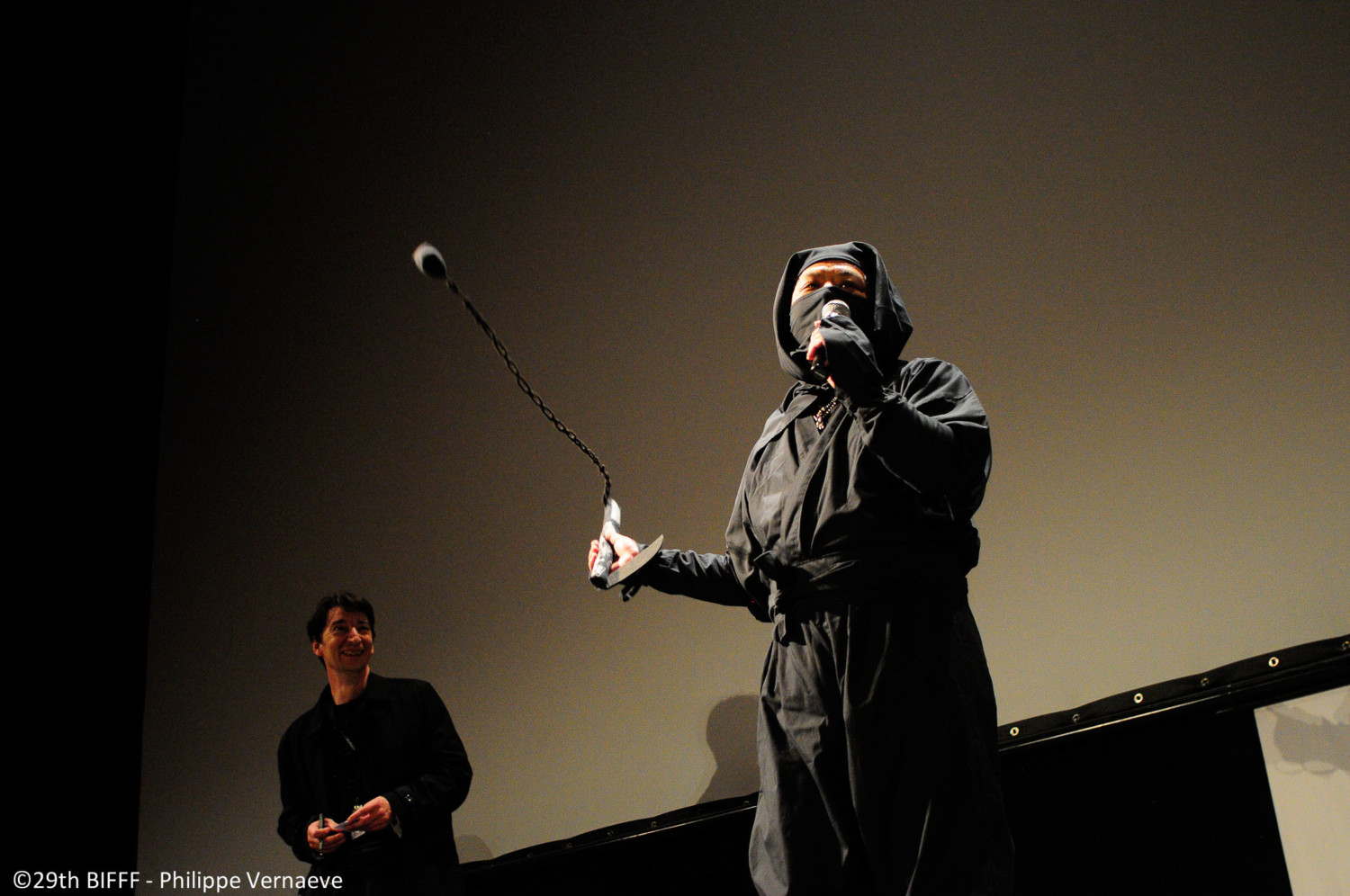 A behind-the-scenes creative talent whose work has literally changed the face of the Japanese film industry, 44-year-old producer Yoshinori Chiba began working in advertising at GAGA, but soon switched to production when he met director Keita Amemiya, whose Zeiram he produced in 1991. The Japanese V-cinema boom hit soon after, and Chiba found himself associated with a filmmaker whose name became virtually synonymous with the budding genre : Takashi Miike. Their Fudoh : the New Generation was one of Miike’s biggest hits overseas, and Chiba’s subsequent credits read like a “best of” list from the world of Japanese genre film : Battlefield Baseball, Neighbor No. 13, Death Trance, The Machine Girl, Tokyo Gore Police. In 2009, he created the genre label The Sushi Typhoon, for which he produced a whole bunch of films, of which you can see Alien VS Ninja, Helldriver and Karate-Robo Zaborgar at the BIFFF..