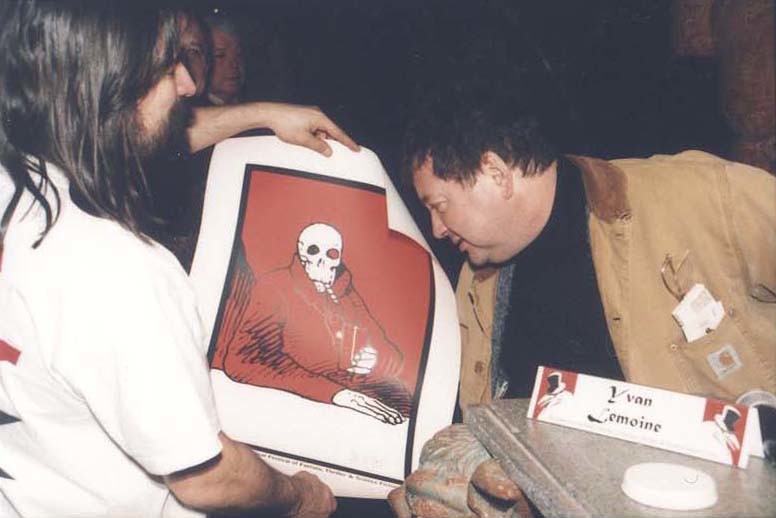 After angelic studies at the seminary, Yvan Lemoine starts small : farmer, tinker, beggar, sponger, waiter, robber, junior model, gigolo, market researcher for X-ray film companies, movie critic and movie theatre manager in Paris and Brussels. After waisting time on the benches of two Belgian film schools, the I.N.S.A.S (1984) and the I.A.D. (1985-89), he finally decides to court his art by making short movies that are selected and awarded by numerous film festivals. He confirms his obstinacy by producing and partly directing the film The Seven Deadly Sins, starring Robert Mitchum. Since then he has been producer, scripwriter and director of his first long feature Le Nain Rouge, a free adaptation of a short story by Michel Tournier, who doesn’t bear him any grudge… in return for a few royalties. After the movie got selected by some 63 festivals, he now prepares an adaptation of Vendredi, les limbes du Pacifique, a novel by the same author. Yvan Lemoine is a member of our European Jury.