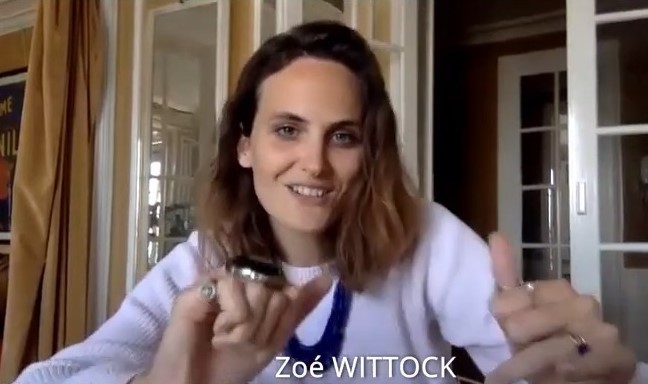 Zoé Wittock is an award-winning screenwriter and director. Originally from Belgium, she grew up all over the world and followed the prestigious directing program of the American Film Institute (AFI), in Los Angeles, where she graduated as the youngest and first of her class and received the Hal and Robyn Berson Scholarship for Excellence in Directing. At the same time, she was also selected in the Berlinale Talent Campus for her work as a director of photography. She directed a short in France, «A demi-mot», screened on OCS and Netflix, before making her feature film debut with «JUMBO» which was the subject of numerous festival selections throughout the world, notably at SUNDANCE and BERLINALE, where it was awarded in the Generation section. Zoé was also nominated for the Discovery Award at the European Film Awards and was named one of the 20 female directors to watch in 2020 by the Hollywood Reporter. As an active member of the SRF (Society of Film Directors), Zoé Wittock campaigns for greater equality in films, while defending copyright protection in an ever evolving industry.