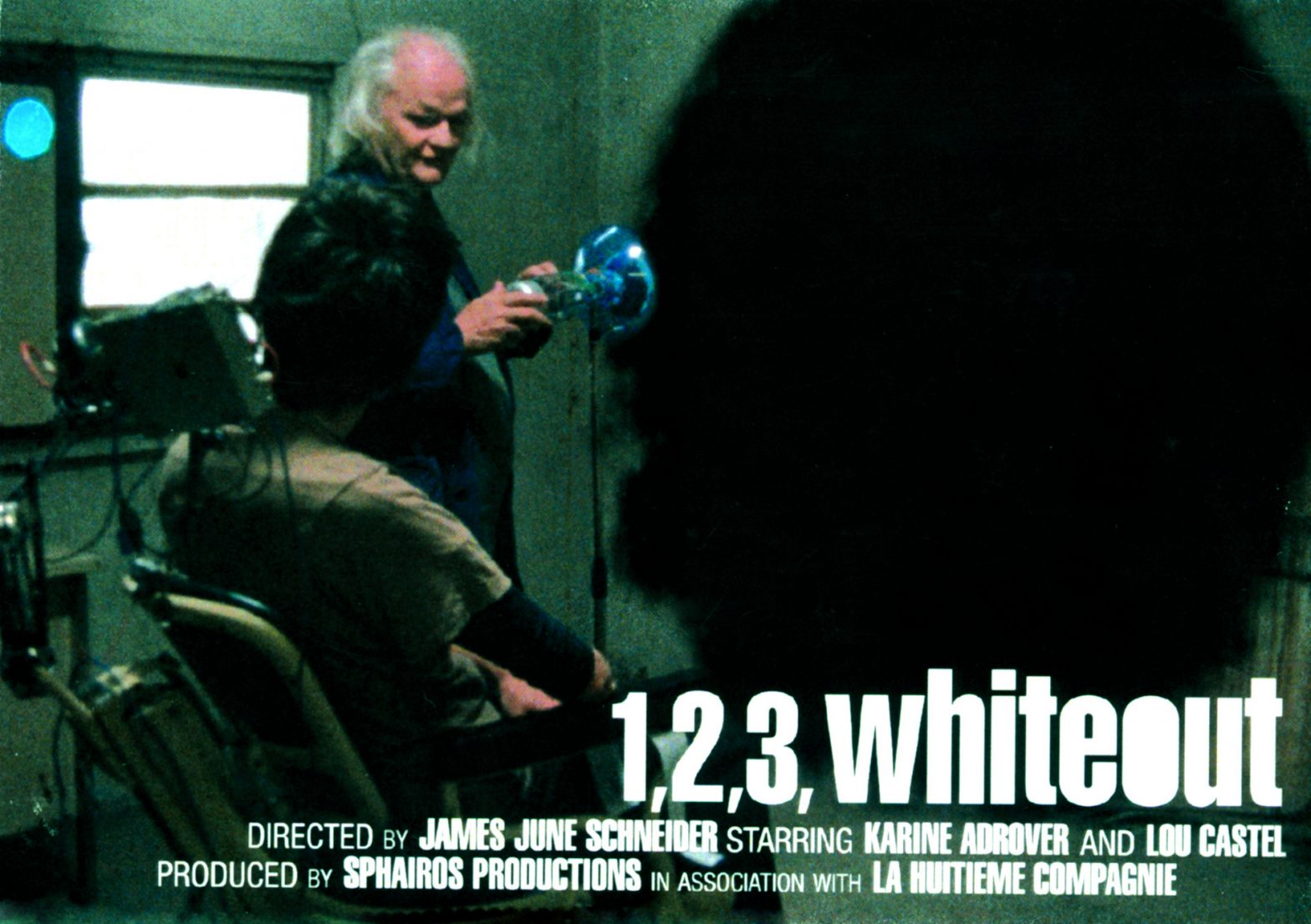 In a future present, Véronique finds herself employed by an inventor who has dedicated himself to the cause of a “positive darkness”. He’s working to counter the tide of a bright, diffuse and technologically oriented time. Through a series of experiments with the inventor, Véronique learns to re-integrate the blinding light of the present back into relation with its opposite, darkness. Her brother, government operative Alix, and his team attempt to thwart the process. 1, 2, 3 Whiteout plays an original game with how we think about science and future and refers with equally playful ease to portrayals of the future old and new. Partly thanks to the unusual format of 16mm for a feature and the retro-setting, the film looks as if it were made in the 1960s or 1970s. It does not only present a mixture of past and future in its form, the story itself also seems to want to escape time. Alongside feature fragments, 1, 2, 3, Whiteout also comprises various kinds of vignettes and archive footage. Director James June Schneider collected images himself at various places in the world over a number of years, from the Gobi desert to New York’s Times Square. The use of music is equally unusual and contributes to the intriguing and alienating mood of the film. Véronique is a striking role by Karine Adrover while the inventor, a modern Dr Mabuse is played by cult actor Lou Castel ( Fist in his Pocket, The American Friend ).