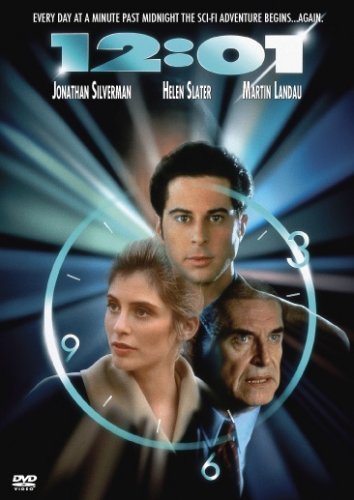 Barry Thomas (Jonathan Silverman) is having a bad day. He almost causes a car accident, gets laughed at at work, is barked at by his boss, and fails to open his soul to his great love, scientist Dr. Lisa Fredericks (Helen Slater). Barry works as a technician in the laboratory of Dr. Thadius Moxley (Martin Landeau). This genius has designed the super accelerator, a complex device that makes subatomic particles run faster than light. The result: endless, untamed energy. The very interesting side effect: “the timebots.” As soon as the accelerator kicks in, this phenomenon causes time to reverse one day, until we arrive back at the starting point and the whole game starts again, and again and again… Barry sees his opportunity when Lisa gets killed. With the timebots, he might be able to save her and turn his bad day into a holiday. But he runs the risk of getting caught in an endlessly repeating time cycle.

What wouldn’t we all give to go back into the past just once to put right some of our many stupidities? Such a thing is only possible in films, and in films people usually exaggerate. So, it is not one opportunity, but two, three, four, five, six … opportunities. Jack Sholder—Grand Prix of Avoriaz with The Hidden, creator of A Nightmare on Elmstreet II and Renegades—created a romantic science fiction thriller, full of intelligent twists and unexpected complications. Jonathan Silverman (Weekend at Bernie’s) is the clumsy but courageous time-waster Barry Thomas. Seasoned eminence Martin Landeau (Space 1999, Tucker, Crimes & Misdemeanors) is Dr. Thadius Moxley and Helen Slater (Supergirl, Ruthless People, City Slickers) melts hearts as beautiful scientist Dr. Lisa Fredericks.