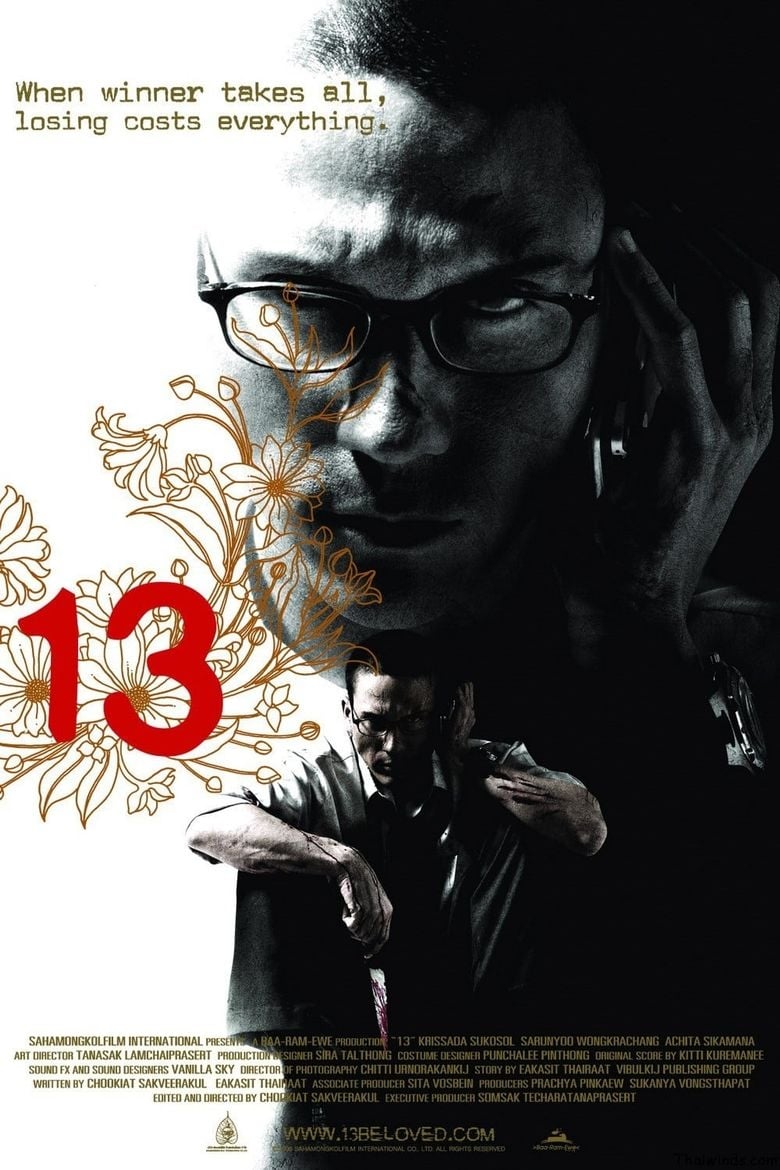 On the same day his boss informs him that he has just joined the legion of the jobless, Phuchit’s cell phone rings and a voice asks, “Do you want to win 100 million baht ?” Phuchit has been chosen by a reality game show ! All he has to do is complete 13 tasks that will be conveyed, one after another, via his phone. When the first act is to kill a fly, Phuchit agrees. When the next is to make children cry, he is shaken, but finds a way to do it. He can’t see the audience but, through the modern black magic of micro-cams and a wave of conspirators, they can see him, and his cell phone rings with disapproval whenever he falls out of line. The acts get increasingly nastier and socially destructive as the numbers climb, taking Phuchit all across town as he jumps through one moral hoop after another. Fear Factor meets Abu Ghraib in 13 Beloved, an over-the-top blacker-thanblack comedy thriller from Thailand by young director Chookiat Sakweerakul. This is an audacious film whose fast-moving twists and turns will have you screaming in your seats. Sakweerrakul managed to get Ong Bak director Prachya Pinkaew aboard as co-producer, allowing what should have been a subversive, no-budget underground film to be made on the scale of an epic, without compromising a drop of its venom. Featuring some of the most oddball and stomach-turning scenarios you could hope to see, matched with surprising, laugh-out-loud moments of comedy, all whipped together into a killer anti-establishment scream, 13 Beloved is easily one of the most original films of this year’s Bifff.