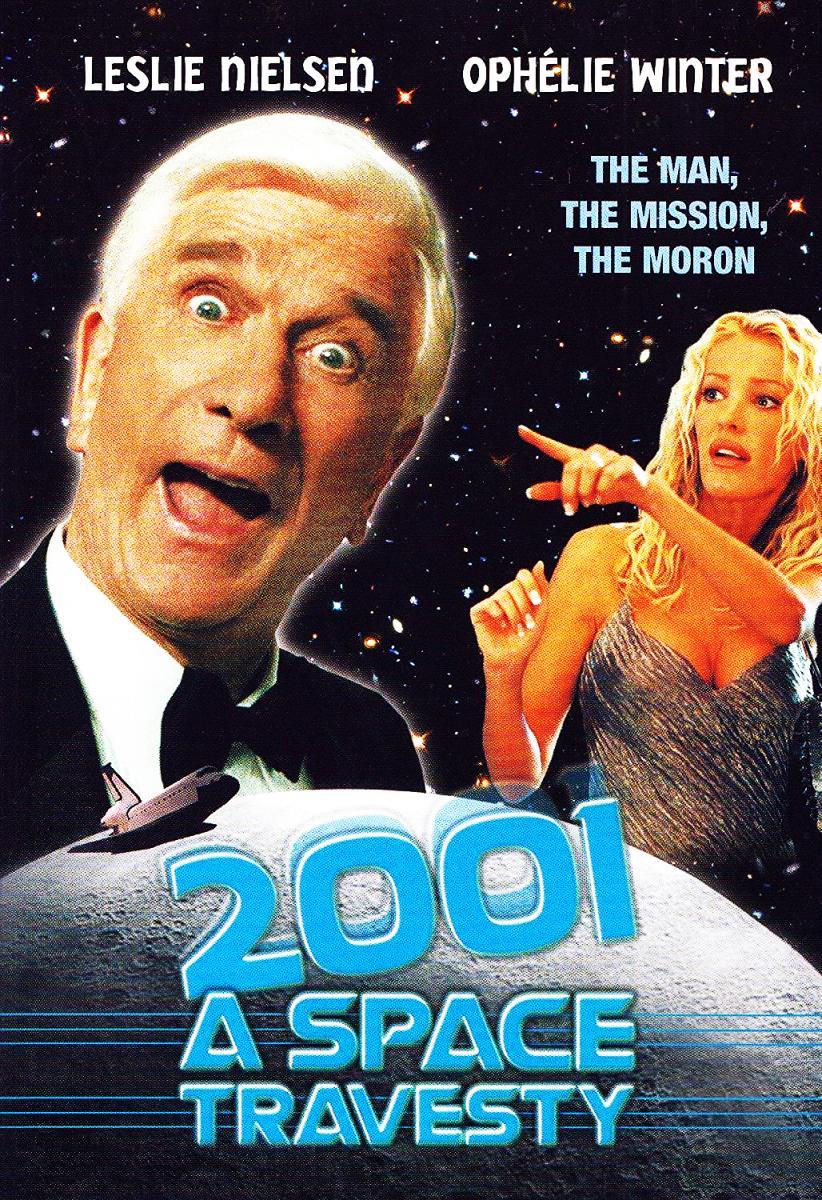 When bizarre reports come in that the President of the United States is being held hostage on the moon and has been replaced on Earth with a clone, the US marshal Service doesn’t hesitate to send their most controversial man, Marshal Richard “Dick” Dix. It’s the perfect opportunity to get Dix off the planet and out of harm’s way for a while for what must surely be a wild goose chase. Gung-ho but refreshingly inept, Dix soon finds himself at the centre of an intrigue that could destroy everything he believes in but has never fully understood : Truth, Justice and the American Way. He never fully grasps the intrigue either, much less that it is he who causes the chaos surrounding it. In 2001, a Space Travesty, Leslie Nielsen (Forbidden Planet, Airplane, Spy Hard) does for science-fiction what The Naked Gun did for crime-drama. In this hilarious parody on all things outer space and especially on Stanley Kubrick’s legendary film, 80-plus year old Leslie Nielsen (who co-wrote the script) proves once more that he was born to create chaos, laughter and confusion on screen. Especially SAL, the movie’s version of HAL, will get your laughmuscles moving. With an Italian accent, wearing sunglasses, a pinstriped suit, a fedora and accompanied by the theme from The Godfather, this wacky computer has everything to become a classic character.