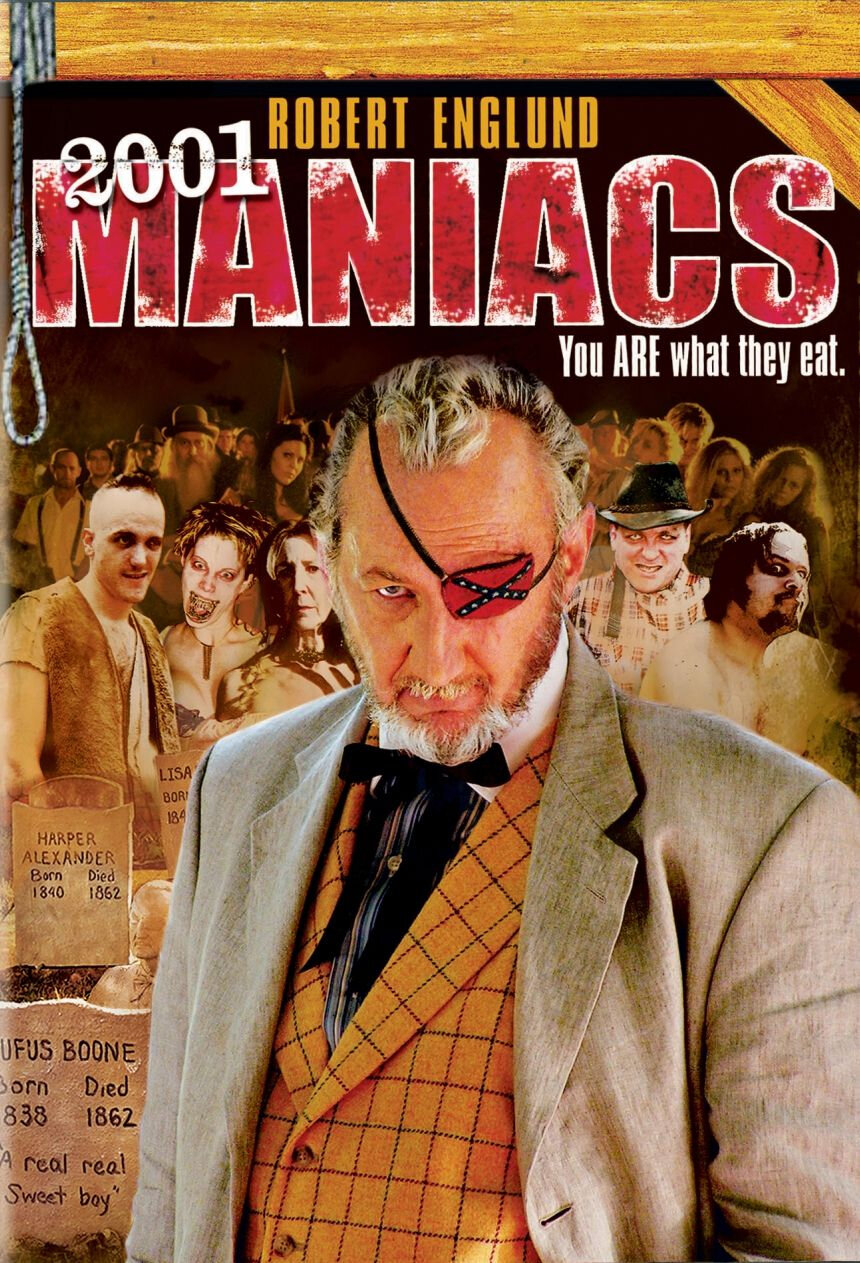 A bunch of Northern college kids take a wrong turn in the backwoods of the Deep South and wind up in Pleasant Valley, population 2001. Greeted by the whole town, including one-eyed Mayor Buckman, they’re just in time for the annual “Guts & Glory Jubilee”, celebrating the town’s past. Guts has to be taken quite literally here, as the Yankees are in for some good ole Southern madness. One by one, they’re picked off in very graphic and creative ways. 2001 Maniacs is first-time director Tim Sullivan’s refreshingly vulgar remake of Herschell Gordon Lewis’ classic 2000 Maniacs. Just like the original, it’s the perfect excuse for some extremely sadistic humour and gore. Horror icon Robert England (Nightmare on Elm Street, The Mangler) steals the show as Mayor Buckland. Lin Shaye (The Hidden, Dead End) is Granny Boone, Pleasant Valley’s murderous matriarch. Silly, ridiculous, over-the-top, offensive, disgusting and absurd, 2001 Maniacs, makes you long for the 60ties and 70ties, when a genre movie was measured by the sheer volume of blood, violence and nudity you could cram into it.