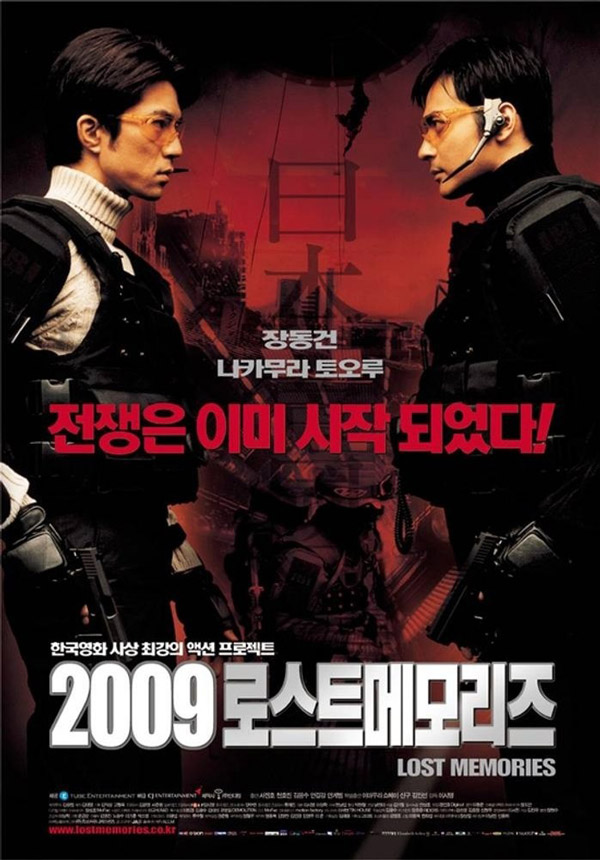 In the year 2009, Japan is celebrating the 100th anniversary of South East Asia’s unification. In Korea, national identity has been so dramatically reduced that the people have all but forgotten their past and even their own language. Ryu Sakamoto, a Japanese of Korean origin, is a rising star in the JBI, the Japanese Bureau of Investigation. He is a model citizen of the new empire. With his closest friend and colleague, Shojiro Saigo, he leads a relentless struggle against the Hureisenjin, the underground Korean national liberation army. Following a bloody attack by the Hureisenjin on an archaeological artifacts exhibition, Sakamoto discovers a conspiracy that goes back 100 years.

2009 : Lost Memories is a spectacular sci-fi action movie and an imaginative rethinking of history, that explores the still tense relationship between Japan and Korea. Debut director Si-Myung Lee has crafted a powerful story with heart and brains, portraying real characters of flesh and blood, caught up in extraordinary circumstances. Starring Dong-Gun Jang (Nowhere To Hide) as Ryu Sakamoto and Nakamura Toru (Gen-X Cops) as Shojiro Saigo.