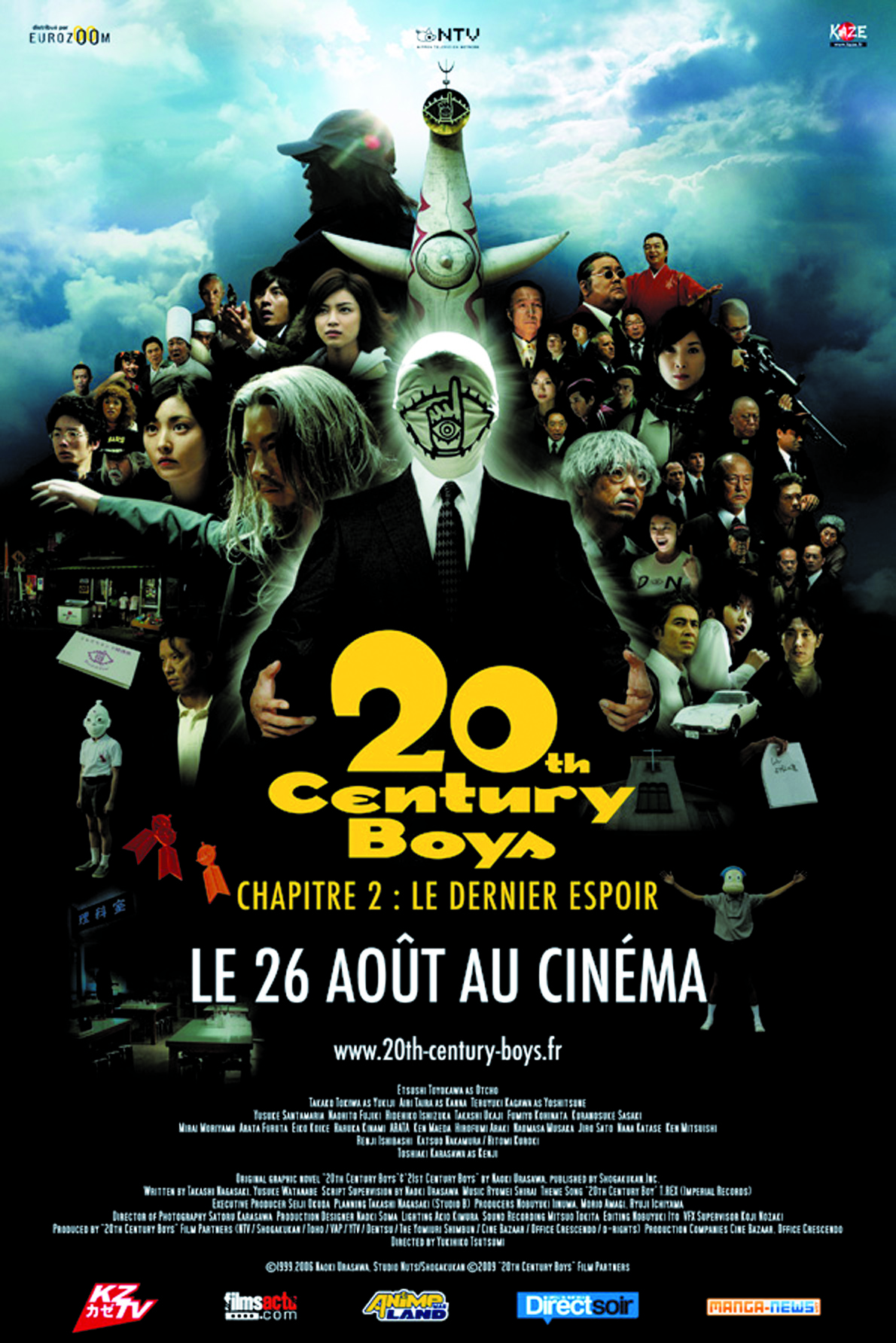 2015, fifteen years after the New Year Bloodbath. According to official history, Kenji and his gang of terrorists were responsible for this apocalypse, while Friend is honoured all over the world as the big hero of that day. He predicts the end of humanity and announces that only those who believe in him will survive. Since the disappearance of her uncle Kenji, his niece Kanna has grown up to become a rebellious adolescent. She is looked after by Yukiji, who tries to stay true to her promise to Kenji to watch over her. After years of research, a member of the gang discovers a new “Book of Prophecies” in which the following event is described : “In 2015 a champion of justice will rise up in a church in Shinjuku, only to be killed by an assassin.” Who is this saviour ? And, still the big question, who is Friend ? A new day of judgement is approaching. With the biggest budget ever for a Japanese blockbuster, this second part of Naoki Uraswa’s best-selling manga adaptation is a roaring beast that rides hell for leather, with its riot of special effects and its sumptuous scenes. It’s best to remember the striking ending of episode 1 or rent the dvd, because the story shoots straight out of the starting blocks without any “previously on 20th Century Boys” whatsoever !