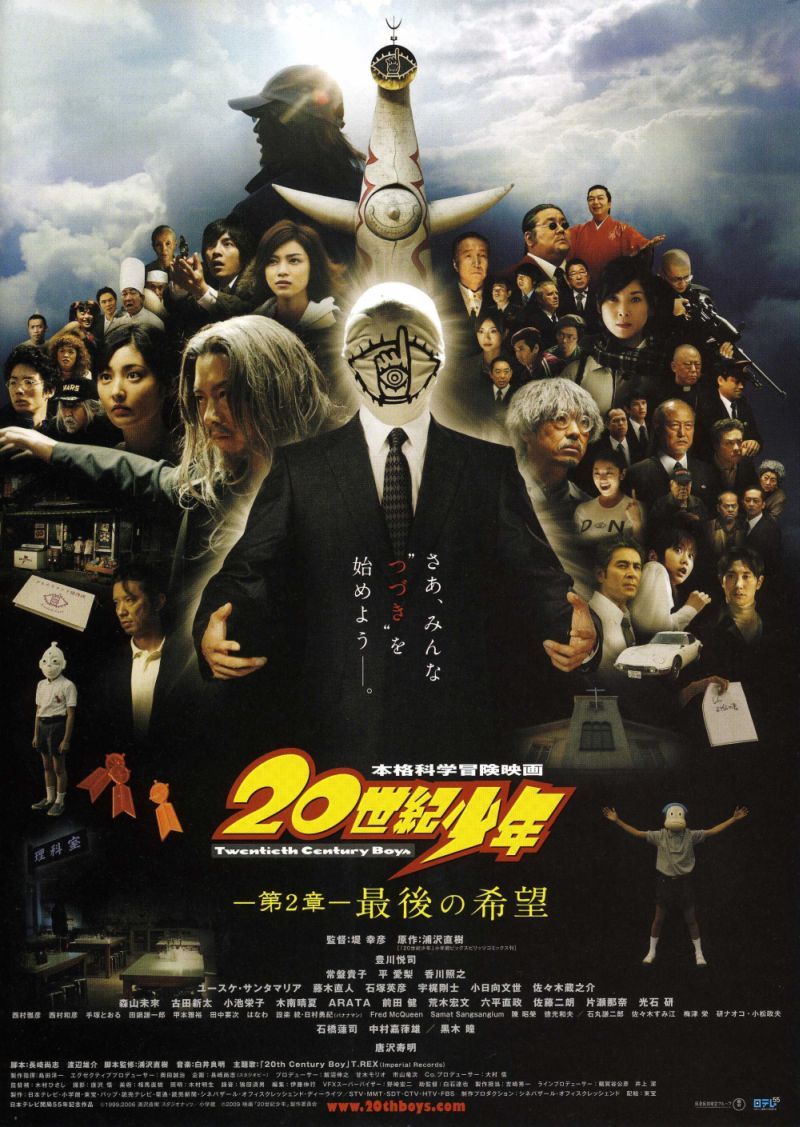 Kids knew how to party in ’69. Gainsbourg and his Gainsborough were crossing the Channel, T-Rex sang about dreaming to be a girls’ special toy. You didn’t need joysticks to melt your neurones ; just lots of imagination. Kenji, for instance, loved Rock and Roll and wanted to save the planet. With his friends, he invented a secret base and collected all kinds of “revelations” in a book of prophecies. 28 years later, terrible things start to happen. Donkey, the curly little one, dies under mysterious circumstances. It seems that everything that is described in the book of prophecies is actually turning into reality. The old friends soon become the “usual suspects”, because the police, even in Japan, doesn’t think that much. And here is our gang of little street punks accused of conspiring to terminate mankind, no less ! 20th Century Boys is a Japanese ( cult ) science fiction mystery manga created by one of its masters : Naoki Urasawa. It consists of 24 volumes of intricate stories, mixing classic themes such as secret societies, weapons of mass destruction and Armageddon. It seems that we’ve escaped the last one, as it was due on December 31, 2000 ! But you won’t escape this live movie trilogy version directed by Yuhihiko Tsutsumi ( 2LDK, Forbidden Siren, Memories of Tomorrow), a TV and commercial director, who’s almost as productive as his good friend Takashi Miike. This first part of the trilogy remains true to the series and ends with a stunning special effects extravaganza. The actors are almost exact look-alikes of the manga characters and are all perfectly casted, with Toshiaki Karasawa ( Casshern ) in the lead as Kenji. And just like for Death Note, the Nippon Television Network Corporation didn’t hesitate to spend a nice bunch of Yens on this venture.