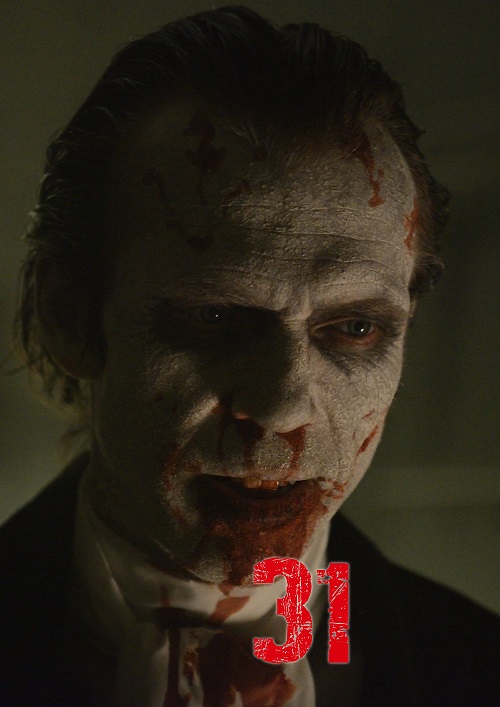 Halloween, 1976. A bunch of carnies are on their way to the next fair. After they’ve taken the usual shortcut, their road is blocked by a bunch of masked psychos who slaughter most of them and drag five reluctant survivors to an abandoned factory. Three gentlemen, dressed up as French aristocrats, inform them that they’ve been chosen to play a game of 31. Charly, Venus, Panda, Levon and Roscoe are let loose in a labyrinth filled with traps, while they’re being chased by a killer dwarf, three clowns with chainsaws and some very muscular neo-Nazi’s. If they manage to survive for twelve hours, freedom will await them. But their tormentors have a secret weapon in store in case they would get too far: the supreme mega psycho of them all: Doom-Head!

Gorehounds, your wish has been fulfilled. After its world première at the Sundance Film Festival, Rob Zombie delights the BIFFF with what he describes as his most violent film ever. Please bring some watertight clothing, because there’ll be no escaping the streams of blood and intestines. Zombie has put The Chainsaw Massacre, The Running Man and Death Race in his cocktail shaker to serve us the ultimate stomach turning drink. With Malcolm McDowell as the master of ceremonies!