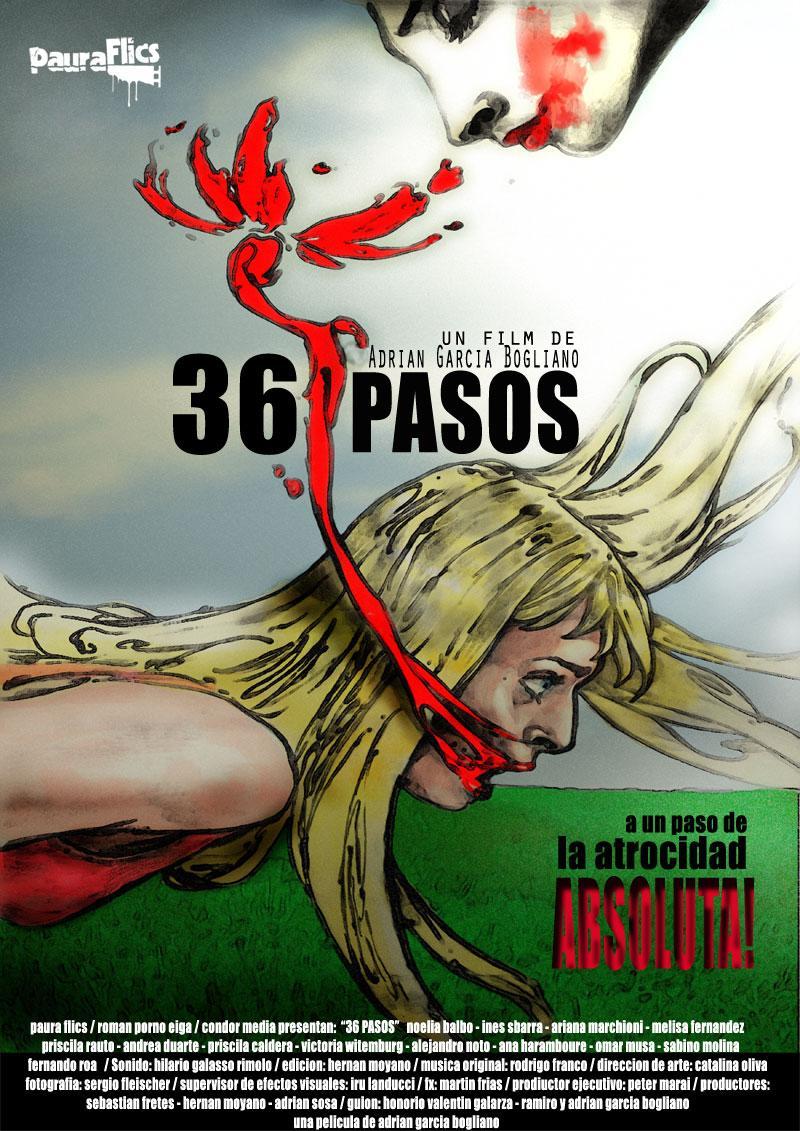 A group of women are preparing for a birthday party. The guest of honor will be arriving soon and there is much to do. As the story unfolds, we learn that the atmosphere is anything but festive. The women are all held against their will. They were all specifically chosen to be there for an unknown reason. If they pass beyond the perimeter of the property, a big man appears out of nowhere with a sledgehammer and kills them. There are a few simple rules that must be followed if the hammer is to be avoided; silence, obedience, tolerance, yielding and having fun… or at least appear to be having fun. When the unknown captors begin to turn the women against each other, already frazzled nerves shatter and a killing fest starts, involving knives, poison, guns, a chainsaw and a nail gun. The Virgin Suicides meets Battle Royale in 36 Steps, a camp and kooky teen horror flick from Argentina’s Adrian Garcia Bogliano, the appraised director of Rooms for Tourists. This surprisingly effective slasher flick layers familiar horror motifs with a critique of women’s oppression, albeit accompanied by lots of bikini shots and tons of graphic violence. 36 Steps, remarkably made with no money at all, yet full of amazing effects and high production values, is innovative, alive, funny and absolutely terrifying.