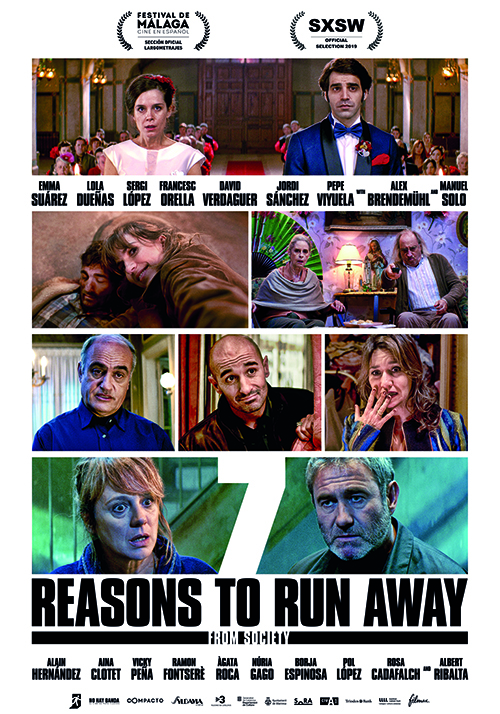 7 REASONS TO RUN AWAY FROM SOCIETY

This sharp Catalan critique of contemporary society confronts us with a dark and looming future. The unwanted son, the poor boy on TV, the tenant and the landlord, the marriage till death do us part, the guy who gets run over, the rich couple, and the neighbors. Seven dark tales about a society that has turned its back to progress. Seven strange and bizarre parables that are freakishly familiar. Seven reasons to run away from society, while you still can. After six comes… Catalan playwright Eteve Soler adapted some of his own plays to the big screen. The short film INTERIOR: FAMILIA was the first directorial collaboration between himself, Gerard Quinto and David Torras, and it’s also one of 7 REASONS TO RUN AWAY FROM SOCIETY. It is the triumvirate’s first feature film and they immediately crushed it. They were able to cast some big Catalan actors like Sergi López. The villain from PAN’S LABYRINTH, seen at the BIFFF in EL NIÑO and SECOND ORIGIN, impersonates a dazzled passerby who seems to have lost count.