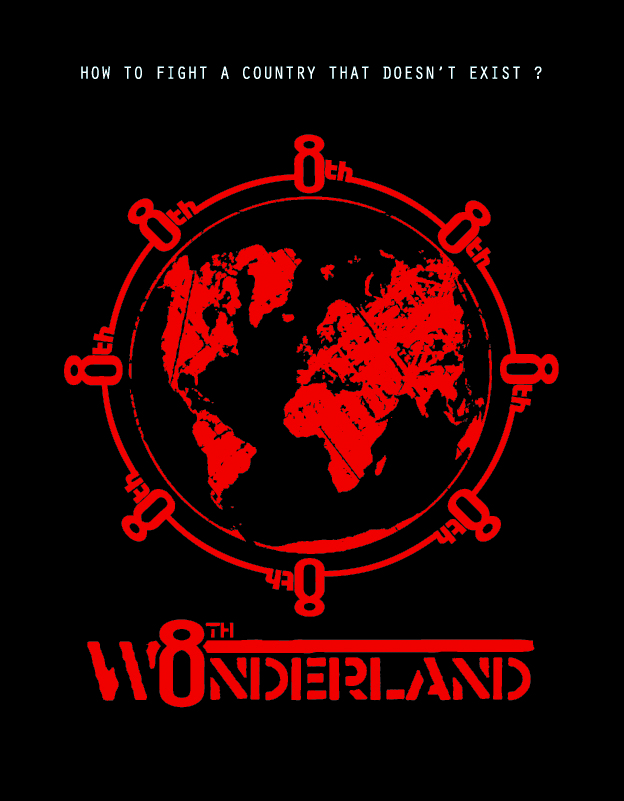 Are you fed up with this society and its corrupt politicians, meaningless wars and unjust distribution of the riches of this Earth ? So what do you do ; revolt ? But where and how ? In order to make a real difference, disappointed dreamers and idealists from all over the planet have created a new country. It doesn’t have any physical borders. It’s virtual ! 8th Wonderland only exists on the internet and it’s fast becoming a success. Imaginative subversive actions are carried out. It starts really simple, with installing condom automats in the Vatican or forcing football superstars to manufacture sport shoes with exploited Asian children. But success goes to their heads and the virtual citizens start to cross moral lines, forcing the authorities to step in and try to wipe 8th Wonderland out of existence. With such a topic, we could expect a wild political pamphlet, or a hard left-wing subversive metaphor. It’s surely something like that, but – in spite of a budget as skinny as a third world child – the two French directors Nicolas Alberny and Jean Mach ( unkown until their movie was noticed at the last Cannes festival market ) have wrapped up their ideas in imaginative computer graphics. So, the image or the message ? The audience can choose and will be affected by the first and amazed by the second. One thing is certain : the topic is very original. It’s literally sciencefiction, the kind that makes you think.