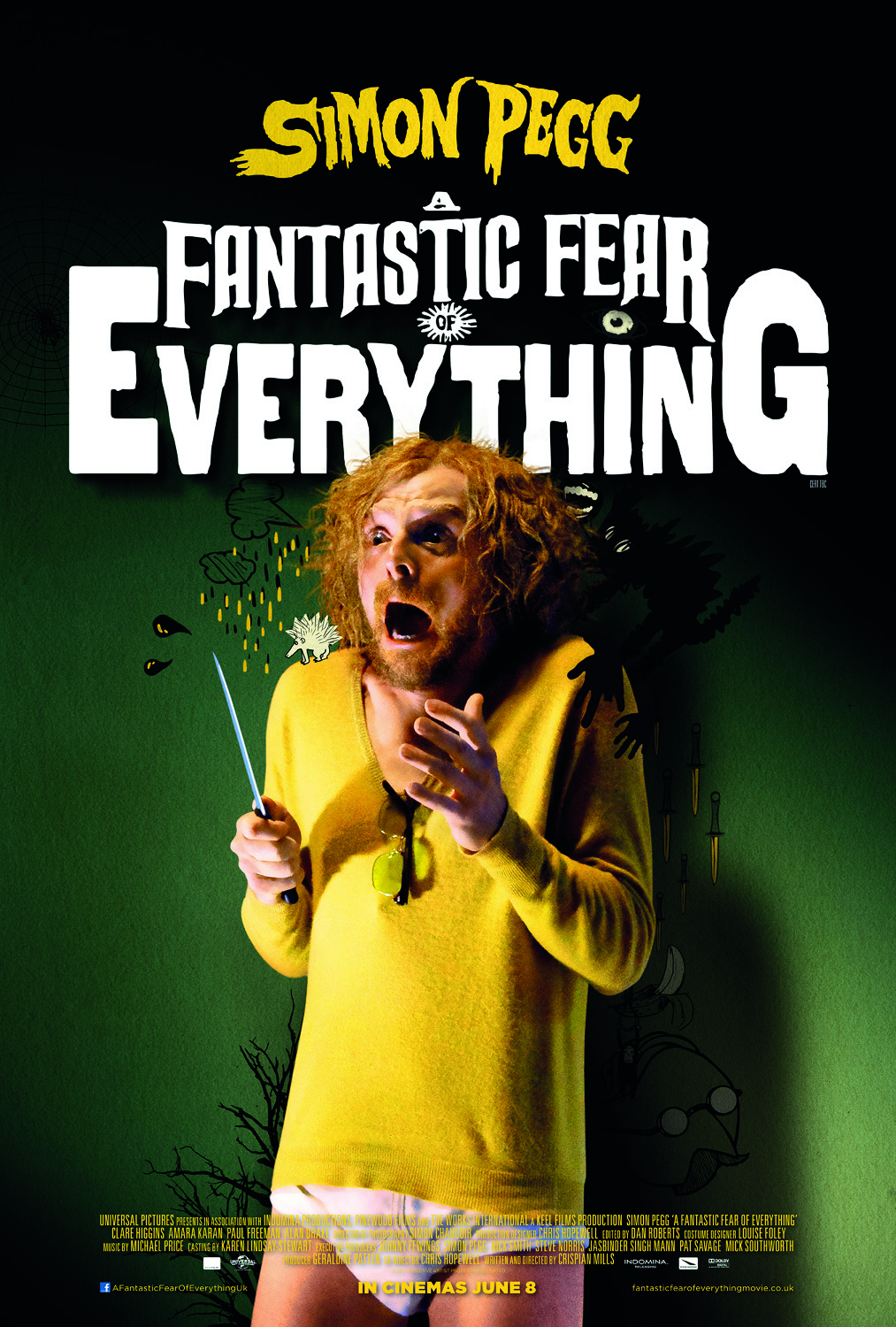 A FANTASTIC FEAR OF EVERYTHING

In this brave new chapter of Jack’s life, he’s abandoned kids books and longs for recognition as a serious author, hence ‘Decades of Death’ – a psychological drama, examining the lives of the most horrifying serial killers of the Victorian era. Unfortunately, Jack’s life goes into a tailspin when he becomes gripped by an irrational and fantastical fear that someone is trying to kill him. On one such evening, when Jack is in the throes of a panic attack, his editor calls to tell him that a hitherto unknown studio executive Harvey Humphries is ‘very excited’ by his ideas for Decades of Death and wants to meet him immediately to talk shop before he leaves for New York. Clinging on to sanity, Jack is desperate not to let his fears ruin this career break, but his paranoia leads him into a frenzy of terror. When Crispian Mills, lead singer of the psychedelic rock band Kula Shaker, and Chris Hopewell, director of video clips for Radiohead and Offspring, decide to team together for a movie, you can be pretty sure that you’re up for some delightful madness! Starring Simon Pegg ( Shaun of the Dead, MI 3&4, Burke and Hare ), AFFOE is nothing else but a surrealistic gem under the influence of masterpieces like Psycho, Delicatessen and a bit of The Fantastic Mr Fox !