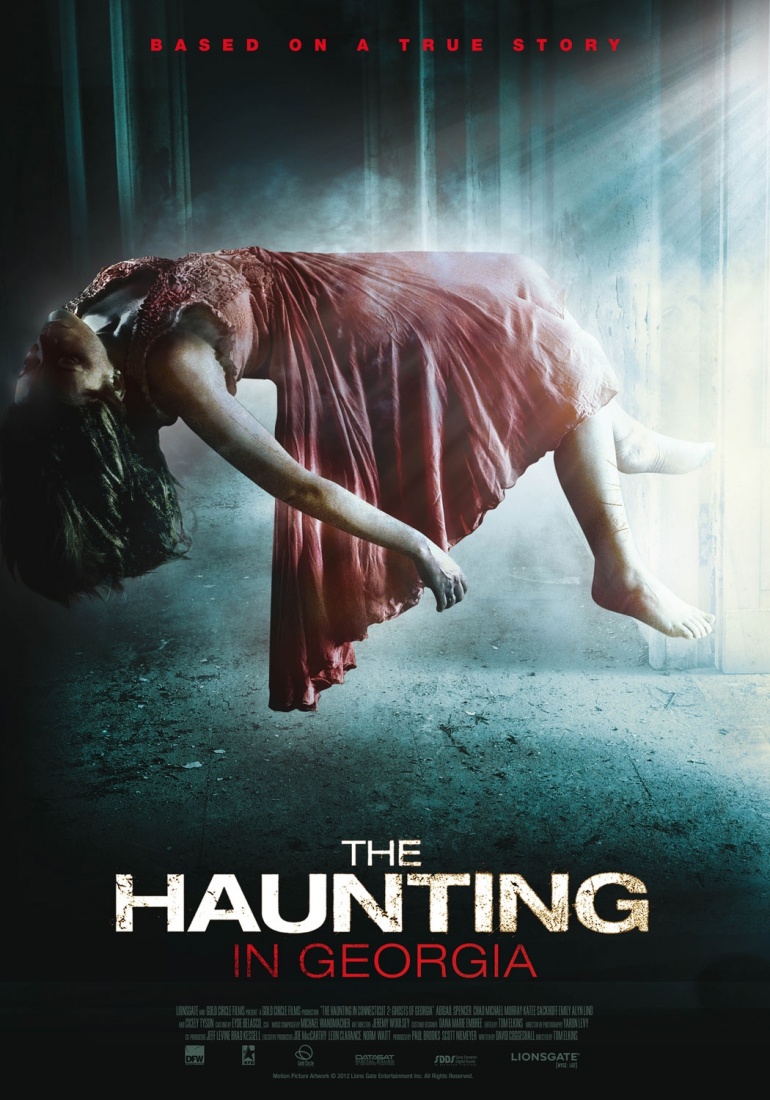 A HAUNTING IN GEORGIA

1993. The Wyrick family, Lisa, Andy and their young daughter Heidi, pack up and move from Atlanta to their own modest home in the country outside tiny Pine Mountain, Georgia. The fact is that Lisa has long struggled with strange visions, which she keeps at bay through medication, and the family hopes that the change may help signal a new start. Once in their new home, however, not only do Lisa’s horrific visions continue unabated, but young Heidi apparently begins experiencing them too. She claims to play during the day with Mr. Gordy, the elderly former owner of the property who died years ago before the bank re-sold the property. The family soon learns that the property was once a stop on the famous Underground Railroad, a series of safe houses owned by sympathizers to runaway slaves trying to escape North to freedom. Inspired by true events, this first feature from Tom Elkins ( renowned editor of blockbusters such as Wanted and The Da Vinci Code ) follows in the footsteps of its predecessor, The Haunting in Connecticut. But, by using the segregationist past of the state of Georgia, Elkins roots his screenplay in something much darker and scarier than the usual countryside possession tale. Katee Sackhoff ( Batllestar Galactica’s Starbuck ), Abigail Spencer ( Cowboys & Aliens ), Morgana Shaw ( Enter the Void ) and Chad Michael Murray ( relax ladies ! ) will take less than two hours to show you their new home.