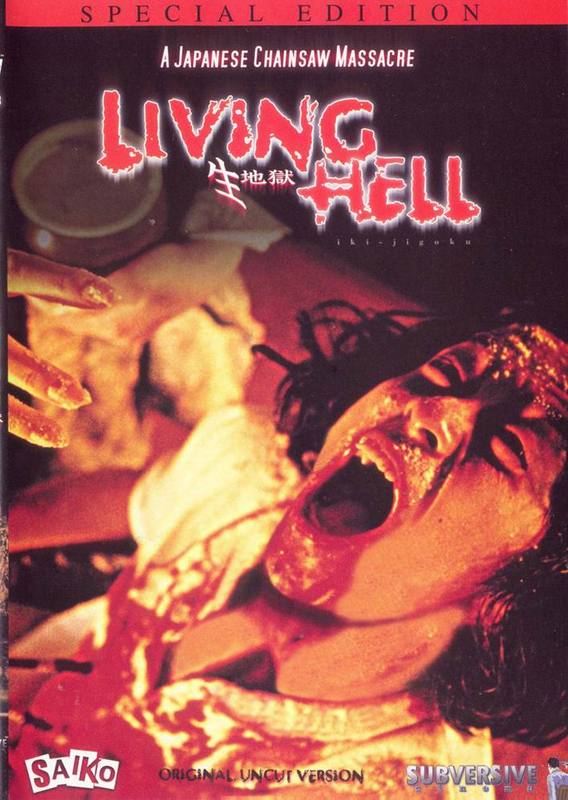 The horribly mutilated remains of an entire family are found. Only Chiyo, a spooky grandmother, and her autistic daughter have survived this drama. They are placed under the guard of distant cousins, the Motokawas. Yasuto Motokawa, a handicapped teenager in a wheelchair, is suspicious of the elderly newcomer. Unfortunately, he has to stay in the company of the old woman during the day while the other family members are at work. Rapidly, his suspicions become horribly concrete, as Yasuto finds himself the helpless victim of cruel games orchestrated by the sadistic grandmother. Every night, he tries in vain to convince the family of the terror he’s facing. And every morning, the grandmother is there, sometimes playing dentist with the boy, and at other times using him as a unique substitute for a dartboard. The horror relentlessly continues, until some terrifying family secrets are revealed to Yasuto.

Recently, the family has become an important subject in Japanese genre cinema. Films like Visitor Q, Kakashi or Seance portray this sacred cow of Japanese society as a source of conflict, chaos and frequently infernal violence. With its terrifying, spectral grandmother and a family of crazy psychotics, A Living Hell is another addition to this new trend. It also pays homage to horror classics like The Texas Chainsaw Massacre and to the Italian giallo movies of Mario Bava, Lucio Fulci and Dario Argento. Greatly stylised and amusing for the extremes of perversion that it displays, A Living Hell is the fruit of promising new director Shugo Fujii, who also wrote, edited and acted in the film.