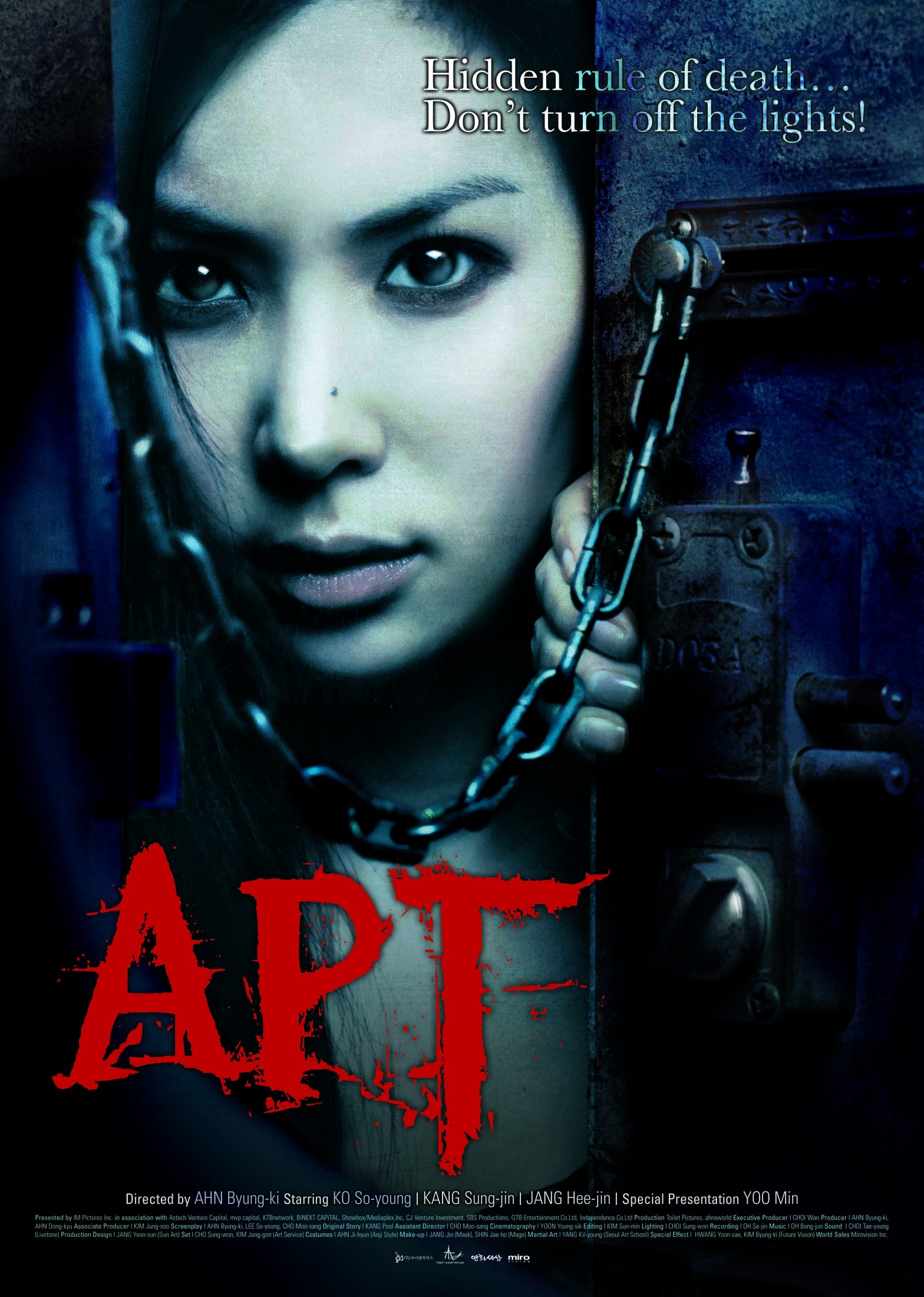 Store designer Se-jin, under pressure from her boss in the run-up to Christmas, moves into a new apartment, where she notices all the lights in the rooms of the building opposite hers start going out at exactly 21h56. After almost being pulled on the tracks in the subway by a lonely young woman in red, a traumatized Se-jin takes time off to be on her own. Another night, at 21h56, she watches a man leap to his death. Out jogging, she gets to know Yu-yeon, a girl in a wheelchair who lives alone in an apartment opposite Se-jin’s. Neighbors take turns looking after Yu-yeon, and a teen boy, who visits Yu-yeon for forcible sex, falls to his death in an elevator shaft, almost killing Se-jin, who is riding in the elevator car. No one believes Se-jin’s stories. And people keep dying. Byung-ki Ahn gives us a horror version of Rear Window in APT. Based on a cult internet comic, APT is immaculately shot and anchored by the performance of So-yeong Go (Double Agent) as the tenant who starts seeing weird things in the building opposite hers. APT is a psycho chiller with no pretensions than to effectively scare us with classy visuals and several twists until the end.