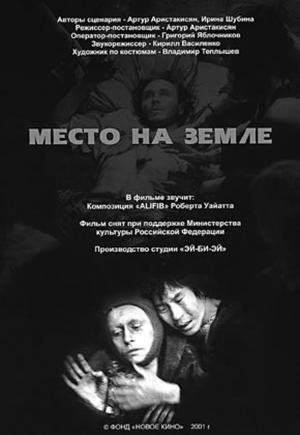 A PLACE ON EARTH

A big dilapidated building in Moscow. The Temple of Love is a commune composed of those who choose to live on the fringes of society and those who are forced there. The many children tottering around belong to everybody and nobody. A relished meal might consists of half-eaten scraps and its charismatic, half-crazed leader urges the women that they should make love to the crippled and the poor. This seemingly idyllic environment undergoes a series of personal and collective crises. The police regularly raid the building to harass the members of the commune. Gangsters break into the place, threatening to kill one of the inhabitants, only to be repelled by “a wall of love”. The leader, frustrated at his inability to express his vision, castrates himself. A baby is accidentally killed. All the while the traumas of free love are evident. It’s impossible to remain indifferent when watching Artur Aristakisian’s A Place on Earth. The movie is a gripping mixture of religion, philosophy, psychology and myth. Where in his first feature, the mesmerizing Hands (1994), beggars and cripples were elevated to a level of spiritual and moral purity, A Place on Earth (2001) charts the futile attempts of the destitute to reach spiritual enlightenment. Plenty of haunting images and the subtle score by Robert Wyatt will make this a memorable viewing experience.