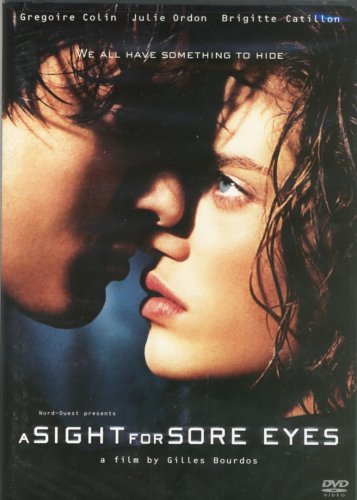 A SIGHT FOR SORE EYES

At the age of seven, Elise Gardet witnessed the murder of her mother. Since then, she has tried to forget this crime, which was never resolved. Now she’s a beautiful young woman of eighteen. But she’s suffocated with love by her neurotic bourgeois family. Bruno Keller grew up on the edge of the city, between industrial wasteland and arid vegetation. To get away from this dreary universe, he loses himself in dreams. Only contemporary art is capable of illuminating his life. Obsessed with the colour white, Bruno wants to create a world of beauty in which he can melt away. Bruno and Elise should never have crossed paths. But they do.
After his debut, the drama The Disappeared, starring Anouk Grinberg and Grégoire Colin, French director Gilles Bourdos has adapted the Ruth Rendel novel, A Sight for Sore Eyes, to the big screen. By opting not to view things through the eyes of the victim, Bourdos presents us with a coherent and chilling portrait of obsession and monomania. Julie Ordon makes her big screen debut as Elise Gardet and Grégoire Colin (Nenette and Boni, The Dreamlife of Angels) gives away a terrific performance as Bruno Keller.