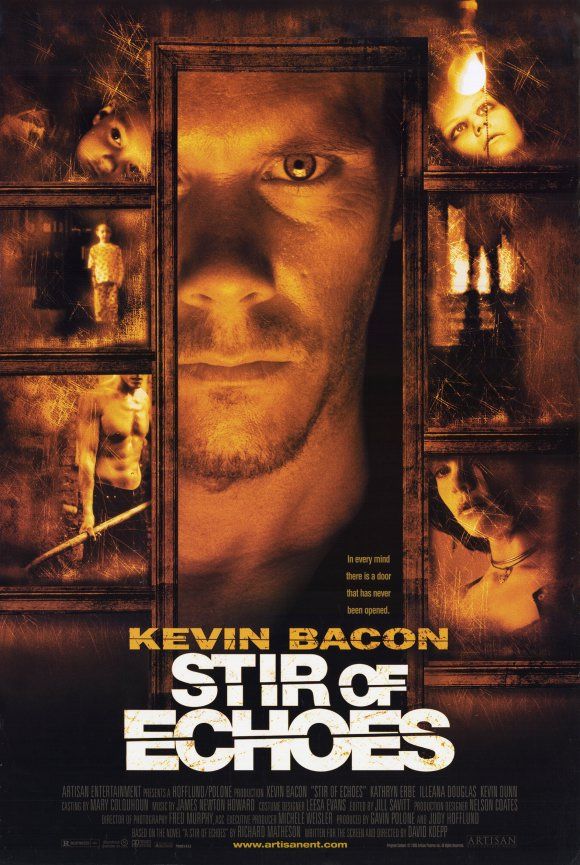 A STIR OF ECHOES

Life in a working class Chicago neighbourhood is relatively quiet and simple for Tom Witzky, his wife Maggie and their young son Jake. Their ordinary existence, however, takes a frightening turn when a sceptical Tom agrees to let his sister-in-law Lisa hypnotise him during a neighbourhood party. While “under”, he sees brief flashes of brutal images before awakening in a cold sweat. His attempts to rid himself of the visions, including a second, even more disturbing, hypnotic session, only draw him further into a supernatural mystery. Tom’s experiences have sparked a subconscious awareness, a strange ability to hear and see sensations from that other, “supernatural” world he won’t even concede exists. In the days that follow, he finds himself haunted by more nightmares and disturbing images, makes a surprising discovery about his son and inevitably comes face-to-face with what appears to be a tormented, ghostly visitor. The darkly supernatural meets the incredibly ordinary in Stir of Echoes, a nail-biting scarefest by David Koepp, writer of blockbusters such as Jurassic Park, Mission Impossible and Snake Eyes and the director of 1996’s Trigger Effect. The movie is a bigscreen adaptation of the classic ghost story from the 50ties by acclaimed author Richard Matheson (The Incredible Shrinking Man, The Twilight Zone). Kevin Bacon (Tremors, Murder in the First, Sex Crimes) plays born sceptic Tom Witzky. Kathryn Erbe (Dream with the Fishes, Entropy) is Tom’s wife Maggie and Illeana Douglas (Cape Fear, To Die For) plays his sister-in-law Lisa.