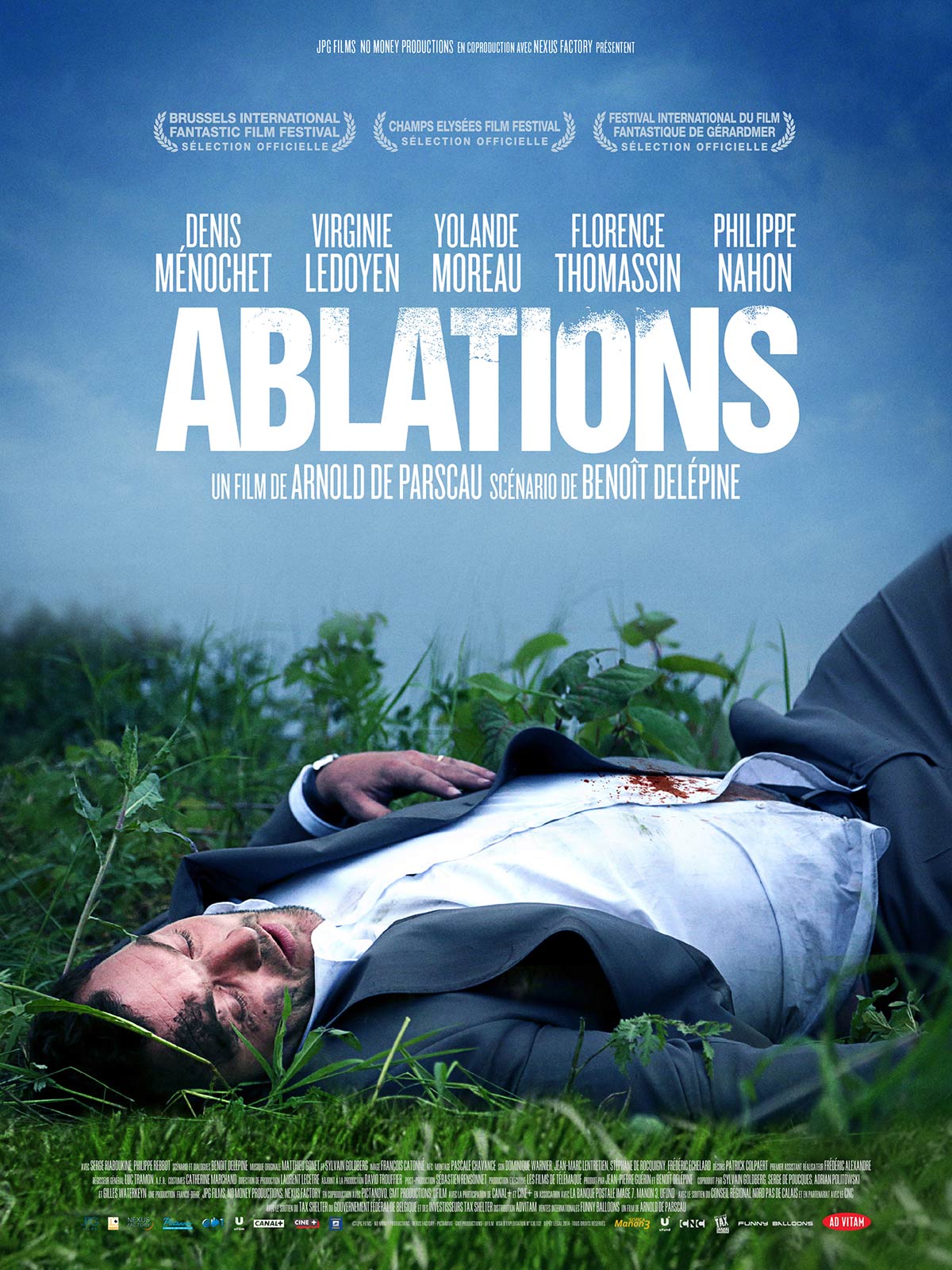 Business trips are trapped by multiple temptations, such as a well stocked hotel bar. But this time salesman Pastor might have overdone it a bit. He wakes up in the middle of a field without any memory at all of how he got there. Even stranger is the ugly scar on his back. But what really drives him out of his mind is that the stitches from the operation are still fresh. Has he become the victim of on organ theft? Is he missing a kidney? Pastor starts to put everything in Question; being a father, a husband, a salesman… The only thing he wants is to find out what has happened to him and nothing and nobody will stop him. Ablations, the first long feature of 24-year old Frenchman Arnold Parsceau, is an adaptation of his eponymous short from 2012. Benefiting from a script by Benoît Delepine ( Louise-Michel, Le Grand Soir ), this French-Belgian co-production offers us an eery portrait of madness and paranoia. And the cast is quite impressive: Denis Ménochet ( Inglorious Bastards, Hannibal Rising ), Virginie Ledoyen ( The Beach, Eight Women ), Philippe Nahon ( I Stand Alone, High Tension ) and Yolande Moreau ( Séraphine, The Pack ).