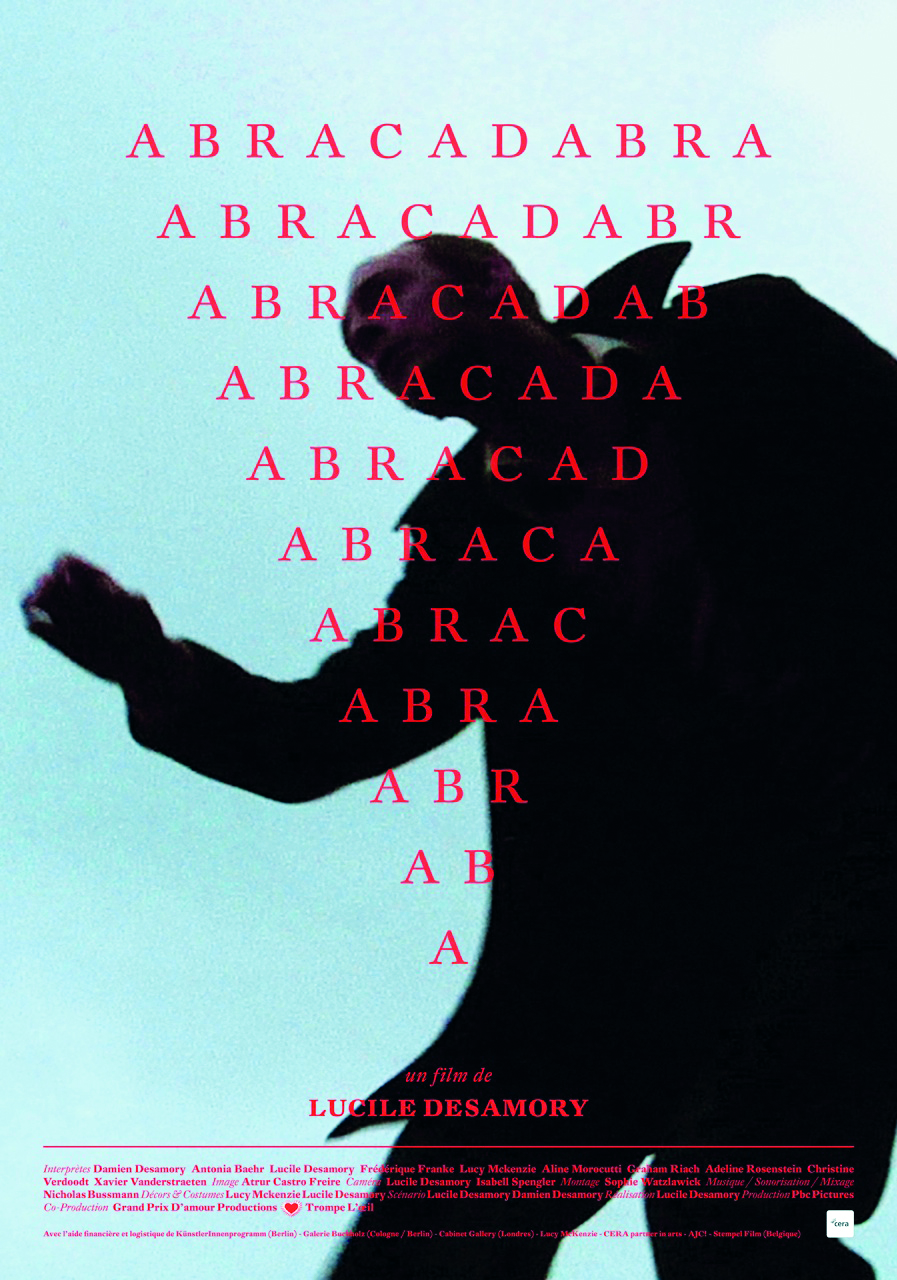 Damien, a convivial and spineless reporter, wants to write a biography of the famous spiritual leader Father Pierre; not really a subject that gets your blood flowing. A few ominous omens try to avert him from his decision, like a bloodstain on the floor or his tongue turning black, but Damien pays little attention. He arranges a sojourn at one of Father Pierre’s centers. When he arrives, he’s greeted by the three employees of the center, a trinity as silent as disturbing who slurp from their soup as voraciously as Hannibal Lecter from a dish of lamb brains. Just like Alice In Wonderland, our reporter finds himself in a surreal universe. Every door he opens, will confront him with his own demons : his cowardice, his incapacity to decide anything and his continuous flight from responsibility. Abracadabra, written and directed by Lucile Desamory, can be considered as an audiovisual extension of the metaphysical quest of this Belgian artist, who lives and works in Germany. As a fan of the electro scène and the experimental approach, Desamory’s style will remind you of a certain David Lynch. Her minimalist approach will intrigue and shock by its absolute refusal to provide clear answers to the spectator. In short, more than enough food for thought for some serious discussion at the BIFFF bar after the projection.