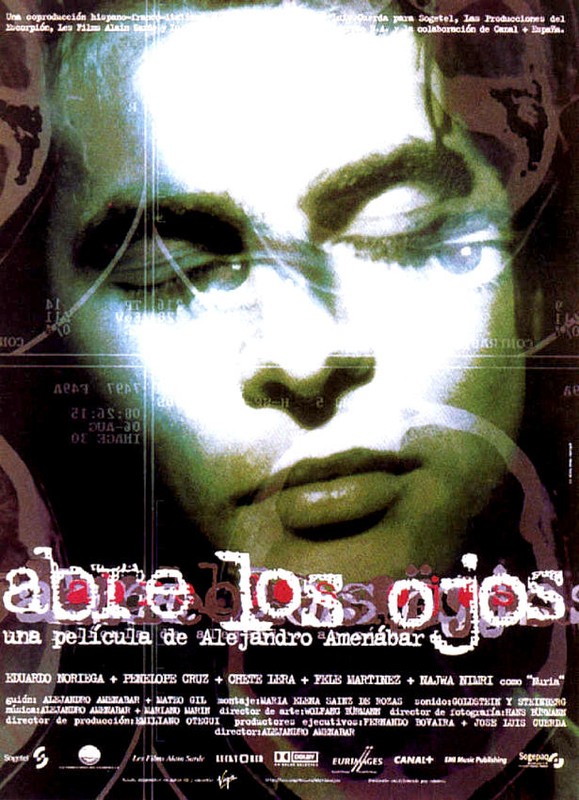 César doesn’t only look good enough to eat, he also knows how to treat a woman and he is the heir to a considerable fortune. This young man has clearly been born with a silver spoon in his mouth. One night, his best friend Pelayo introduces him to Sofia. To César it’s love at first sight. He has no qualms about snatching her from Pelayo. It’s not even difficult. Sofia and César seem to be made for each other. The same night, César also runs into Nuria, a young woman who is totally obsessed with him. He tries to get rid of her, but she keeps clinging on to him so he agrees to her offer of a ride home. What César doesn’t suspect, is that Nuria has become sickly jealous of him and Sofia. She decides to destroy his paradise. What could have become a romantic comedy, turns into a nightmare.
In 1997 we presented Tesis, the feature film debut of young Spaniard Alejandro Amenabar (°1972). This gripping thriller was first awarded with our Silver Méliès and went on to win the Golden Méliès for the Best European Fantasy Film of the Year. With the surrealist psychodrama Abre los ojos (Open Your Eyes), Amenabar has confirmed our high expectations. He has combined thriller elements with science fiction in a sharp critique on our consumer-driven society, where moral scruples are more a nuisance that a necessity. Abre los Ojos also deals with the different ways in which we perceive reality and the contradictions that can emerge from this. In the cast, we find some familiars from Amenabar’s first movie. Eduardo Noriega, the snuff-movie director from Tesis, plays César. Penélope Cruz (Jamon, Jamon, Carne Tremula, The Man with Rain in his Shoes) is the luscious Sofia. Najwa Nimri (A Ciegas, Los Amantes del Circulo Polar) plays the stalkster, Nuria, and Fele Martinez (Los Amantes del Circulo Polar and the weirdo from Tesis) is Pelayo.