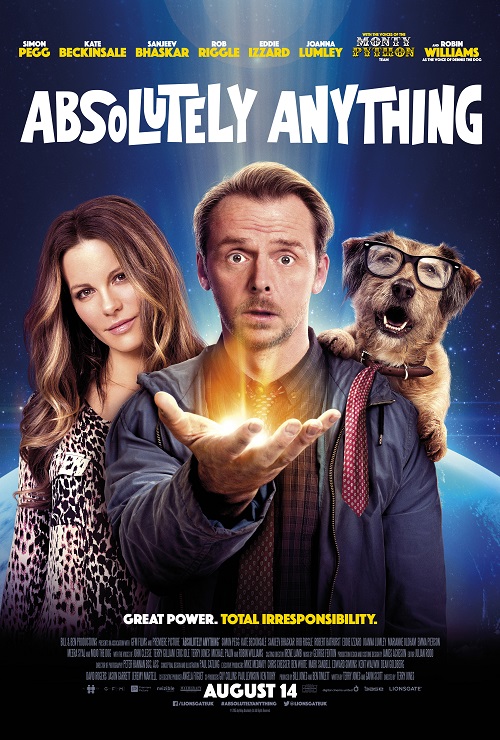 The Intergalactic Council: a group of bickering aliens, are going to determine the worthiness of the human race by granting one randomly chosen person the power to make anything they wish come true. If they use this ability for good, Earth can join the ranks of the Council; but if the power is used selfishly, the planet will be destroyed. This fate falls upon the burnt-out school teacher and frustrated writer Neil Clarke. And it’s clear that we’re going to face an uphill battle. Once Neil discovers his new gift, he immediately uses it to get closer to his pretty neighbor and feared literature critic Catherine. And he also gives a voice to his most loyal companion, his dog Dennis. Statistics also seem to be against the human race. So far, the Intergalactic Council has encountered 445,349,722 new alien species. The number granted membership: zero!

“With great power comes total irresponsibility” is the perfect tagline for this supremely ridiculous fantastic comedy directed by none other than Terry ‘Monty Python’ Jones (The Life of Brian, The Meaning of Life). And it doesn’t stop there, as the other Pythons are the voice cast of the bunch of aliens arguing over the fate of the Earth. To top it off, it’s Simon Pegg (Shaun of the Dead, Star Trek) who tries to do his utmost best to make sure we’re going to become stardust. Oh yeah, and there’s also Kate Beckinsale, Eddie Izzard, Joanna Lumley and, last but not least, the dearly departed Robin Williams as the voice of Dennis the dog. Everyone who’s not convinced by now is probably an alien hell bent on destroying the Earth.